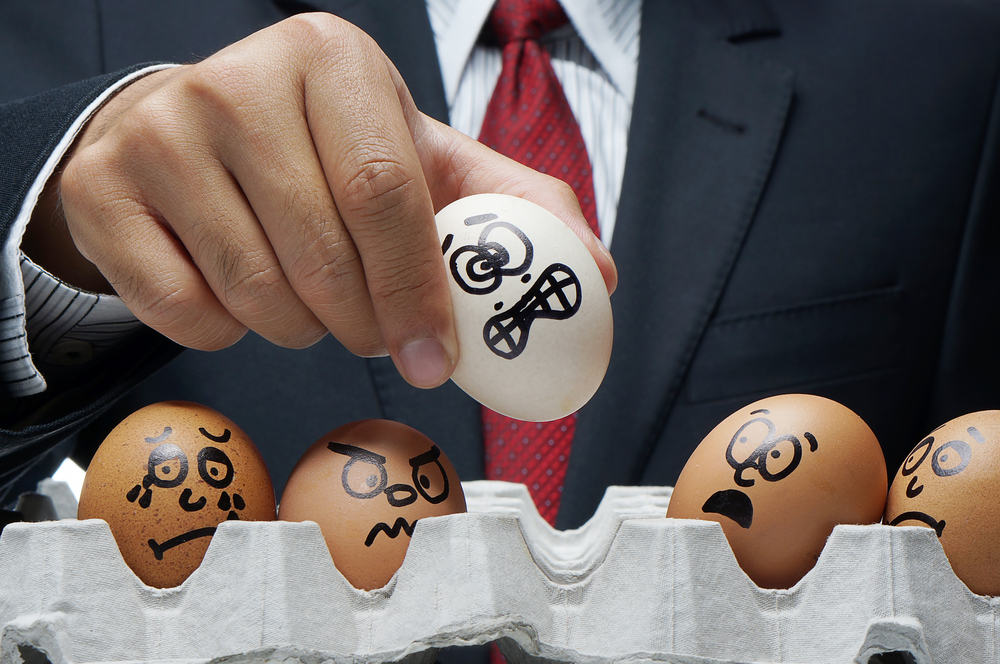 Abusive leaders. My friend and leadership expert Vince Molinaro describes them as leaders who “regularly and routinely mistreat, disrespect and insult others. They frequently “tear a strip” off their direct reports – often in public.”

If you have an abusive leader, you’re probably trying desperately to avoid their wrath.  Tiptoeing around controversial topics, you’ve withdrawn from contributing fully and started risking a contrary opinion only in the most important situations.  Desperately needing an outlet, you and your teammates commiserate in whispers but shudder at the thought of providing feedback directly to the boss.  You’re stressed out and starting to weigh your options for getting out of the team, and maybe even the organization. Your significant other is begging you to make a change because you’re almost unrecognizable these days.

Your boss has issues and it’s not likely he is letting you close enough to provide even well-meaning feedback.  You are powerless.  The appropriate outlet is HR. Make sure that you and your teammates are documenting the abusive behavior and providing the information to your Human Resources department.  Be extremely deliberate about your feedback and provide specific, concrete examples of the situations that tend to trigger the aggression and the exact nature of the abuse.  Don’t exaggerate and don’t paraphrase; be as objective as possible.  You want it to be clear that it’s not about you, it’s about your boss.

Take Care of Yourself

It is extremely stressful to spend eight hours a day (or more) with an abusive person.  That said, it can be even worse when your boss’ behavior is okay most of the time but then unpredictably explosive sometimes.  Either way, you need to invest in your own resilience to be able to deal with it.  Pay attention to good sleep habits, work in shorter bursts and throw in a quick walk or a coffee with a teammate in between.  Find an outlet outside of work where you can do something you love to do whether it’s fitness, fishing, or philanthropy.  These will be your lifelines while you’re working for an abusive boss.

Sadly, abusive bosses drive a wedge between teammates. They do it by using your comments as ammunition either against you or against the teammate you were trying to help.  Neither is good: the boss will either belittle you because she thinks your input was stupid or reward you for your insight while making you feel like the Judas in the eyes of your teammate.  Instead of providing your input in team meetings, find opportunities to engage in discussion and to provide feedback outside the meeting room and safely away from the ire of the team leader. “There were a couple of things I wanted to say about your presentation and I thought it best to wait until we could have that conversation between the two of us.”

Working for an abusive leader will take a significant physical and mental toll.  So much so that it’s not a good idea to stay in the situation over the medium- or long term.  If you need to survive in the short term, steel yourself to the damaging effects of an abusive boss by taking care of yourself, reaching out for help, and creating solidarity with your teammates.  That should buy you enough time for the boss to be dealt with or for you to find another job.