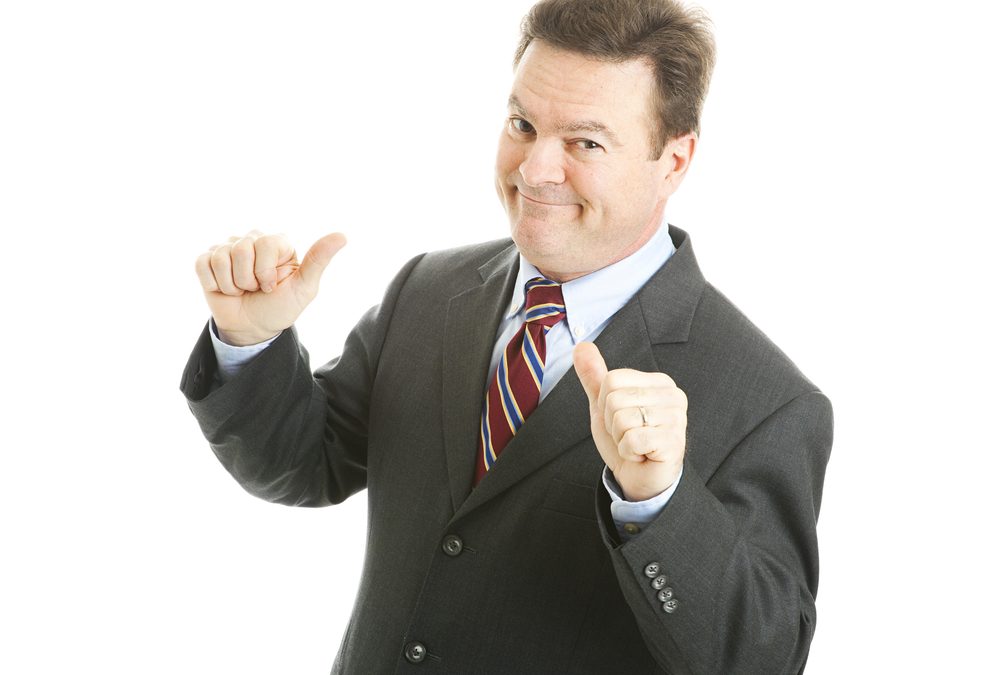 Egomaniacal leaders. My friend and leadership expert Vince Molinaro describes them as leaders who think they are the center of the universe. As Vince says, they think “everything revolves around them and their ideas are the only good ones.” If this is true of your boss, he clearly needs to get a grip, but you’re not in a position to disabuse your egotistical team leader of his delusions of grandeur.

If you have an egomaniac leader, you’re probably annoyed and exasperated a lot. But unlike if you have an insecure leader or incompetent leader, your egomaniac leader probably doesn’t threaten the ability of you and your entire team to be successful. Because all of an egomaniac’s energy is going into propping up her ego, there’s not much time to make life miserable for you. So take a deep breath, and use these techniques to deal with your egomaniac boss.

It might be easy to get sucked into the vortex of your boss’ giant ego, but that would be a mistake. Keep a firm grip on reality and make sure you know where your boss really is strong and capable and where his confidence far outstrips his competence. One risk of the egomaniacal boss is that his boasting makes people think your team can deliver more than is possible.  You need to manage expectations and provide the voice of reason to other stakeholders in the organization.  Another important reason not to believe the hype is that you might start losing yourself and your own contribution in the giant shadow cast by his ego.  Try to stay tuned in to who really is making things happen.

Don’t Show Them the Love

Egomaniacs want love and adoration and to find others who think they’re as swell as they do. It’s best not to feed the beast, even though that might be the easiest way to create a connection with her.  If you start out trying to ingratiate yourself by heaping on the praise, you’ll probably just raise expectations to the point that the things you’ll have to come out with will make you want to gag. Instead, when your boss starts making it all about herself, just shut down: withdraw eye contact, stop nodding or reinforcing her comments, just be disinterested.  Instead, smile and engage when she mentions others or takes a more balanced approach to the situation. This is basic psychology and will slowly but surely motivate your boss to stop obsessing about her own fabulousness.

Find Other Sources of Recognition

Your egomaniac boss is probably not spending much time lavishing you with praise. That’s because the egomaniac thinks that praise is a zero-sum game and that if he says something nice about you, that must mean his awesomeness is diminished.  So, don’t wait for the boss who thinks he’s the universe’s gift to your organization to give you a pat on the back.  Document and keep track of your contributions and accomplishments and when you find an appropriate opportunity, share those successes with other leaders.

Working for an egomaniac leader will probably leave you craving a little respect, but it’s not the worst thing that can possibly happen. If you can laugh to yourself about the marvel that is your team leader, the miraculous good fortune you had in getting to work for the most stupendously talented leader in the history of mankind, you’ll come out no worse for the wear. (If that fails, go with the tried and true approach of drawing moustaches on the boss’ picture!)

Video: How Do You Know Your Boss is About to Explode?