How to work for a wimpy leader 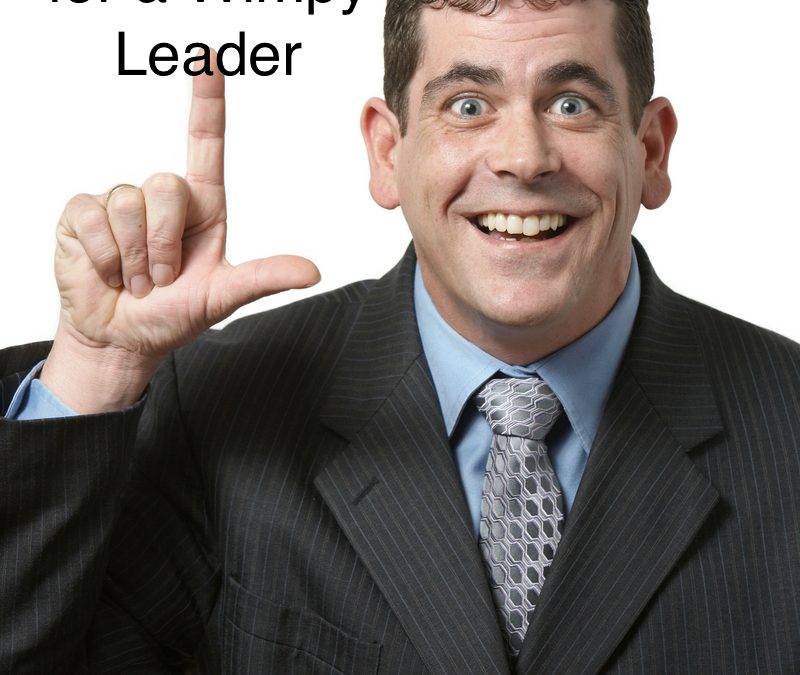 Wimpy leaders.  My friend and leadership expert Vince Molinaro defines wimpy leaders as the “leaders who don’t have the courage or the stomach for the role. The ones who always take the easy way out, don’t do the difficult things.”  You know you’re dealing with one of these wishy-washy pushovers because they never successfully advocate on behalf of the team.

If your leader is always cowering in fear, you and your teammates are going to have to step in and be the backbone instead.  The first thing you need to do is deal with issues outside the team.  With a wimpy leader, your team is probably getting clobbered in a few key areas.

First, when it comes time for the higher-ups to set annual performance objectives, your boss is probably taking whatever cockamamie, over-inflated number that gets thrown out.  You’re going to have to find other key influencers who can be the voice of reason on your team’s behalf.  I’m a big fan of the Finance Business Partner role.  If you have a strong BP, talk through the numbers, run some scenarios and let the BP influence through Finance channels.

Next, you will need to make up for the fact that your wimpy leader probably didn’t come away from the budgeting process with sufficient resources to get the job done. (If you’ve read the Hunger Games, think of the pitched battle to grab food and weapons as the games begin.)  Again, your best strategy is to use influential others.  Get yourself on cross-functional project teams that give you access to key people. Make it clear what you need to do your part; and the risk to the project of having insufficient resources to deliver.

Stakeholder management will also fall to you and your teammates.  Again, spread out and build strong relationships across the organization.  It will be a surprise to no one that you’re stuck under John Jellyspine. Capitalize on their sympathy and let them help you. Beware! Make sure you keep the conversation focused on what needs to be accomplished and what it will take.  Let the fact that your boss is completely lacking stay as the unspoken elephant in the room.

Now you’ve done what you can to minimize the impact of Wendy Wuss on your organization, now you have to look inwardly and minimize the damage on your team.

Wimpy leaders don’t have the guts to deal with poor performers, so your team is going to have to create accountability among one another.  Make sure everyone is aware of each other’s objectives and use regular touch points to fill each other in on how you’re progressing. You might not be able to solve for a really disengaged teammate, but if you’re looking for a little extra leverage, check out my recent Psychology Today post on how to use guilt to elicit performance.

Working for a wimpy leader sucks. It’s not the natural order of things for you to have to fend for yourselves (like a kid with a parent who can’t function).  Once you’ve had a chance to vent, get busy making your wimpy leader irrelevant. It’s just another chance to show the organization that you’re leadership material.