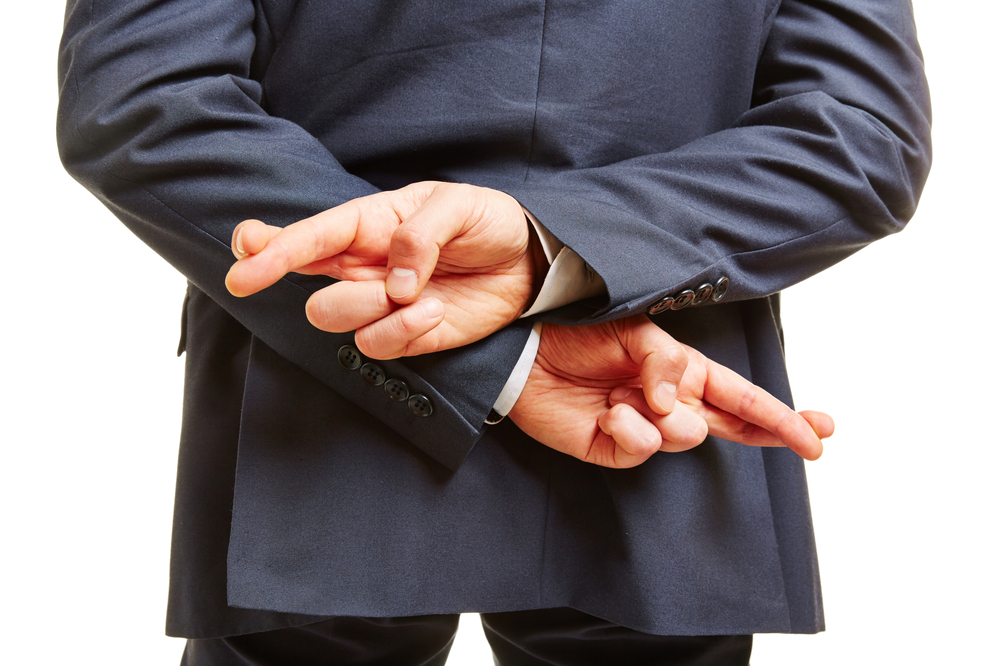 Double standards are my kryptonite. As much as I like to think of myself as an unstructured, free-spirited type when there are rules, I follow them. I sweat when I have to deal with border guards and fret at the thought of being late for appointments. So when a boss sets rules and applies them only when they work for him, I get really hot under the collar. I don’t think I’m the only one. Here’s what I tell myself when I’m bursting a blood vessel over a blatant double standard.

First, take a breath. Actually, you know a breath won’t be enough; take a walk. You have a strong reaction to these situations, so don’t do anything before you regain control of your emotions. I know you don’t want to calm down. I know you want to yell, to vent, and to react, but that would be a bad idea.

Instead of flipping out, go find someone you trust and get a little perspective on how you’re feeling. Don’t gossip. Don’t bad mouth. Just share what your boss said or did, share how you’re interpreting it and then ask, “Am I overreacting?” Choose the friend with enough emotional distance from the issue to let you know if you’re interpreting things unfairly or if your concern is legitimate but your reaction is overblown.

Are you calm yet? Really? Once you’ve let your initial reaction subside and you’ve cleared your head and not just listened but really internalized the view of someone you trust, if you STILL feel that your boss has created a double standard, then you have to decide if you’re willing to do something about it. You have two options.

Option #1: You have the option of letting it go. Life is hard. Being a boss is especially hard. Maybe there were extenuating circumstances you don’t know about. Maybe your boss waived a rule for someone who really deserved the exception. It might be best to give your boss a pass this time. That’s a real and decent option. Just know that if you take it, you’re making a deal with yourself to move on.

Option #2: You can say something. You can’t say the things that you thought when you were freaking out, but you can say something calm and level-headed about your boss’ actions. Do NOT trust your improv skills on this one. Sit down and write out what you’re going to say before you say it. Save it, and read it again. Scrub that message for anything judgmental or inflammatory. I know you had the perfect spot to use those SAT adjectives you’ve been wanting to unleash, but take them out. Just the facts, ma’am.

(Not an) Option #3: Let me remind you what isn’t an option. You are NOT allowed to bitch and moan about your boss’ behavior without addressing it directly with him. I know that Option #2 might have some pretty ugly consequences, but few consequences are worse than you flushing your own integrity down the toilet because you’re not willing to choose between confronting the issue or moving on.

I know you don’t like that choice. It’s a tough one. One way to make the call is to decide if the double standard was a one-of poor call or whether it’s an ongoing problem. If it’s happened more than once, you might be dealing with a boss who has no qualms about having favorites or acting in her own self-interest. Even worse, it’s possible you’re part of an organization where the culture permits (or even condones) double standards when they’re expedient. In either of those situations, it’s going to be hard to ignore the unfair treatment: Probably time for Option #2.

I don’t have to confront these situations very often, thankfully! I know myself well enough to know that boss’ who have double standards make me see red. I also know that how I deal with those double standards says as much about my integrity as the boss’ behavior says about his. No one ever said being a grown-up was easy.

Video: Working for a Toxic Boss? You Have Options