by Liane Davey | May 9, 2021 | Bad Leaders, Be a better team member, Horror Stories, How to fix teams, Right Words to Say 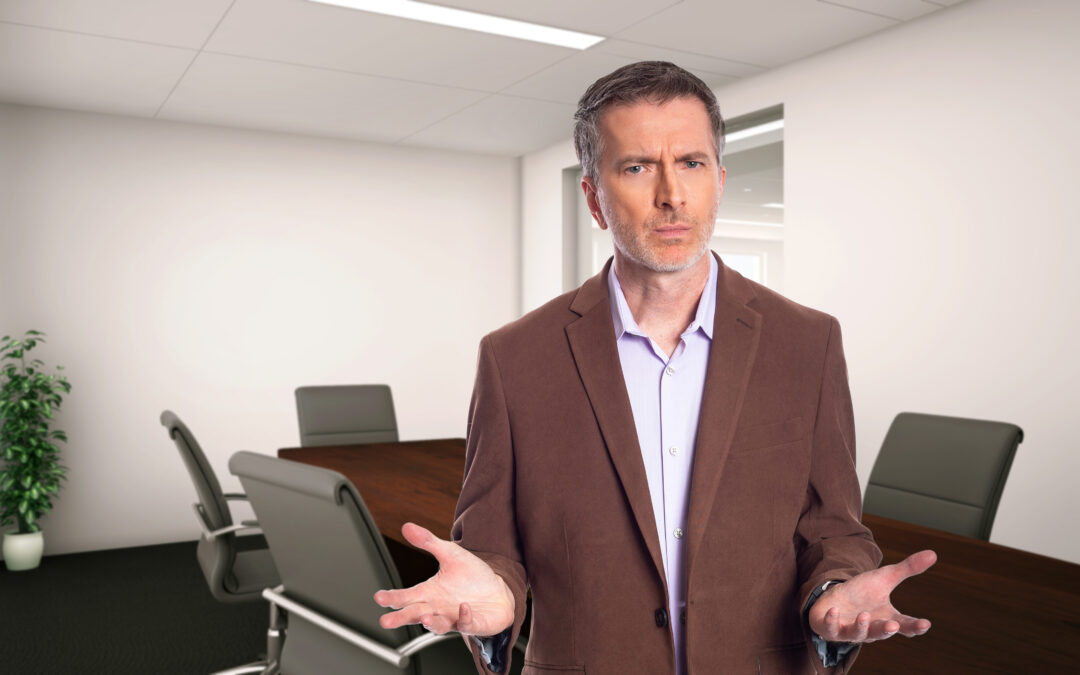 Have you ever had to work for someone who changed their opinion more frequently than they changed their socks? It’s an incredibly frustrating situation to deal with. You prepare plans diligently, present them compellingly, and then get ready to execute. But just when you think you’re all set to go, the flip-flopping boss loses interest or changes tack. AAaaaaaahhh!!!!!

To be fair, working for a flip-flopping boss isn’t all bad. In fact, meeting with a flip-flopper can be invigorating. You go into their office, apprehensive about pitching your idea, but the conversation goes well. They listen, smile, nod, reassure you, contribute a few thoughts, and leave you with the distinct impression that they are on board. All good. Better than a critical, nay-saying boss, right?!?

The day after your fantastic meeting with Flip, you talk to someone who pitched a completely different approach and learn that they got a similarly warm reception. Your colleague describes their awesome conversation and exudes confidence that the boss is going with their approach.

Don’t worry, you won’t envy your colleague for long before both of you realize that the boss isn’t taking action on either plan. This lame excuse for a leader’s modus operandi is to agree with whoever is standing in front of them, shifting with the winds, avoiding ever appearing as the bad guy while consistently failing to make a tough call or to get on with it.

Tell-tale signs of a flip-flopper:

How to Cope with a Flip-Flopping Boss

Sure, start with the catchy phrase, snazzy graphic, or big number to get Flip excited about your vision, but when the boss starts to buy in, don’t let it go to your head. Don’t take the bait. Instead, stay grounded and focus on results. Make simple statements about the features and benefits of your approach and then quickly share the risks of what you’re proposing. Although this seems counter-intuitive, the flip-flopper is going to start thinking about risks the moment you leave their office, so better that you make it a two-person dialogue rather than an inner monologue.

Stop Presenting Ideas One at a Time

I know it’s SO tempting to get that one-on-one time with your flip-flopping boss because it feels amazing…for a while. You get the boss’ attention, their interest, their empathy, their support and for a short time, you feel like you’re killin’ it! Really all you’re doing is letting your lame, conflict-avoidant, needs-to-be-liked boss feel like THEY’RE killin’ it while actually, they’re killing the business.

Rather than allow Flip to get away with this bad behavior, come to an agreement with your colleagues that you’re going to present contrasting ideas at the same time so there’s less room for the boss to talk out of both sides of their mouth.

Flip-floppers become skillful at using vague language to make you feel that they’re on your side (all with the goal of getting you to like them). Your job is to translate hollow platitudes into solid plans. Each time you get a comment that seems directionally supportive, translate it into a more definitive, closed-ended question.

As you’re getting answers to your questions, take notes…in fact, make a show of taking notes. Show the boss that their words are being captured. If you’re writing in a notebook, put it on their desk and accentuate the steps… 1, 2, 3. Add a big circle for flourish. If the boss has a whiteboard, write their answers and your plans straight onto the whiteboard.

As soon as you leave the boss’s office, document the conversation and the outcomes in an email. For any unresolved issues, include the steps that either you or the boss have agreed to take to get to the next decision point. Include dates and deadlines. Copy those affected by the decisions.

Remember, the flip-flopper wants to be liked, wants to be a hero, wants to be seen as innovative, a mover-and-a-shaker, a great leader. Right now, Flip is getting that each time you and your colleagues meet one-on-one and give that instant gratification of your appreciation and enthusiasm. If you want Flip to be more decisive, you’re going to need to reinforce that behavior instead. Save your smiles and gratitude for situations where the boss is making tough calls, and take Flip’s empathy, enthusiasm, and flattery for the pathetic attempt to gain your affections that they really are.

Working for a flip-flopping, nailing Jell-O to a wall, whichever way the wind blows boss is infuriating. It’s a constant ride of being excited and hopeful about possibilities and then having those hopes dashed by indecisiveness and inaction. Once you realize what’s going on, you can be more deliberate about presenting the risks upfront, presenting options and choices at the same time, and drawing the flip-flopper into yes/no and go/no-go decisions. It’s not going to be fun at first, but once Flip learns that the fastest path to your adoration is through clear and decisive action, you’ll be on a better path.