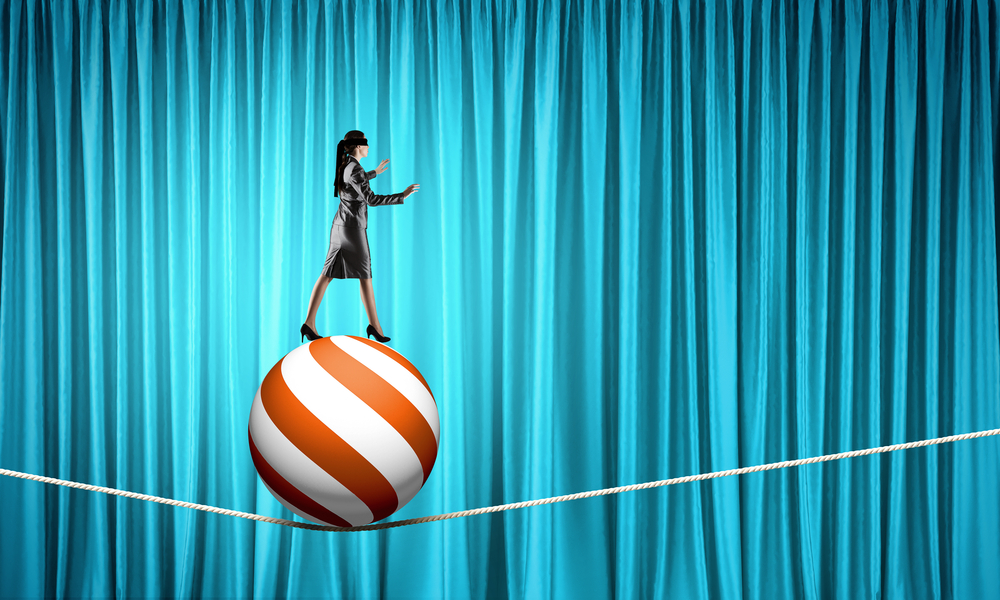 I hear clients talking about “failing” all the time. The only problem is that whether they’re telling you that failing is a good or a terrible thing depends who you’re talking to. On the one hand, leaders are trumpeting the need to fail fast, while on the other, employees are rolling their eyes and saying, “I remember the last guy who failed…he doesn’t work here anymore.” If you’re using the word failure in your organization, it’s time to get clear about what you are and are not looking for.

Why Leaders are Encouraging Failure

I haven’t done an exhaustive literature review on the rise of the word failure in organizational parlance, but I bet a significant cause of the upsurge comes from the design thinking movement. Design thinking, and the organizations such as IDEO that pioneered it, were reeling against the slow and inefficient approaches organizations were taking to innovation. They encouraged innovators to rapidly prototype their ideas so they could test and learn without belaboring the process. In their view, better to learn that something wasn’t going to work sooner (i.e., before it’s been mass-produced and marketed), rather than later. In the context of innovation, the encouragement to fail fast makes great sense.

Why We’re Afraid of Failure

The view is very different from the other side of the desk. Employees on the receiving end of the fail fast message are at the very least confused and more likely skeptical or even cynical. They have many stories to tell of the people who failed and what became of them1. From relatively mild, but still aversive, consequences such as being publicly chastised in a meeting, right up to being shown the door, employees have lots of reasons to doubt that their leaders actuallywant them to fail (regardless of whether it’s quickly or slowly).

It’s time to stop using the word failure without qualifying what we mean. Twenty years ago, one of my mentors used the term “noble failures.” I still love this expression. It taught me that there was a big difference in her mind between a constructive failure and a plain-old dumb, wasteful, you’re-in-big-trouble failure. The notion of noble failures helped me get over my mistakes and move from wallowing in disappointment to focusing on moving forward. Over time, I’ve created my own definitions of the two different versions of failure: I call them savvy mistakes versus sloppy missteps.

There’s a big difference between savvy mistakes and sloppy missteps

What are Savvy Mistakes

Savvy mistakes are the types of mistakes that make us better. Debbie Muir, an internationally renowned Olympic coach told me once that she expects her athletes to make mistakes in every practice. The only thing she asks is that they make better mistakes today than they made yesterday. As such, these mistakes are signs of increasing competence.

What are Sloppy Missteps?

In contrast to savvy mistakes, sloppy missteps are mistakes that teach us nothing—or even make us worse off. They are the failures that demonstrate to everyone that we lack competence.

It’s a sloppy misstep if you…

There’s a big difference between making a savvy misstep and making a sloppy mistake.

Done deliberately, there’s such a thing as failure that strengthens. My trainer, Jawwad, subscribes to this approach. He’s constantly coming up with cruel and unusual ways to get my muscles to fail. He wants that failure of the muscle tissue because it promotes growth—literally, physically. But Jawwad is also obsessed with my form. He is watching my back, knees, and shoulders to ensure that my muscles are failing in the right way. With poor form, the failures mean injuries that could take me out for weeks.

If you’re using the language of failure in your team, you need to play the role Jawwad plays for me. Make sure you’re creating an environment where savvy mistakes can propel you forward, while watching diligently for sloppy mistakes that put your business at risk.

1 Check out this overview of the availability heuristic to see why you’re much more likely to remember the one time that someone got sidelined because of a failure than the 99 times the consequence were neutral or positive.

The Value of Struggle

Is Success Theatre Masking Rot in Your Organization

Are You Making Higher Quality Mistakes?