Is ‘Success Theatre’ Masking Rot in Your Organization? 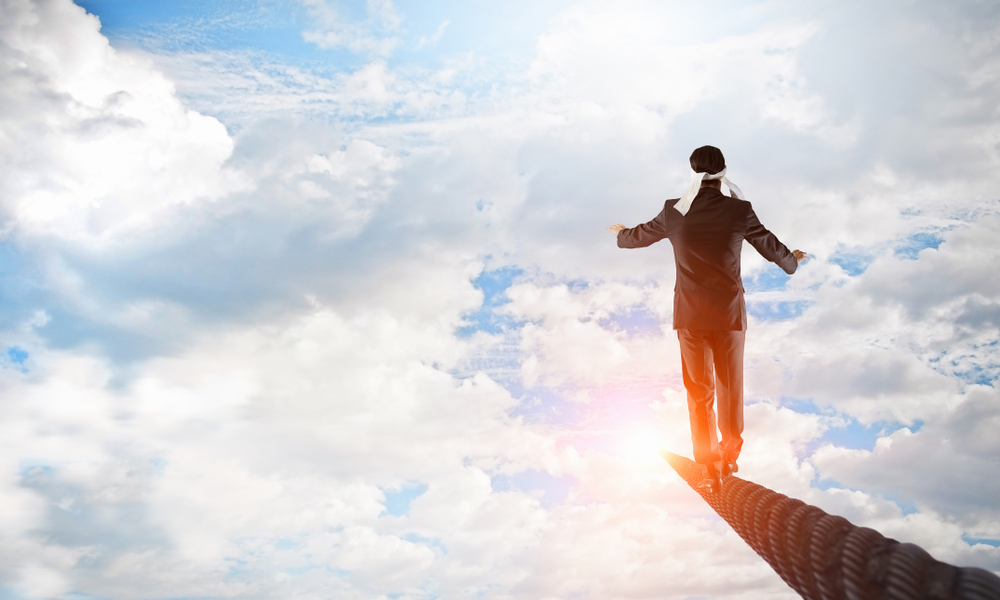 I read an excellent article in the Wall Street Journal this week entitled “How Jeffrey Immelt’s ‘Success Theater’ Masked the Rot at GE.” In it, authors Thomas Gryta, Joann Lublin, and David Benoit describe how the Immelt and his top leaders, “projected an optimism about GE’s business and its future that didn’t always match the reality of its operations or its markets.” I was fascinated by the article because it described the kind of pervasive good news culture that I have seen in some of my client organizations.

To be fair, when Jeff Immelt took over as CEO from Jack Welch in 2000, General Electric had a lot to be bullish about. GE was a $130B company with $13B in annual profit. Their market capitalization had grown 4000% since 1981 at sat at $600B. Things at least appeared to be in great shape. (If you’re interested, this article by Barry Ritholtz provides a counter-narrative about the health of the company in 2000 and the so-called ‘genius’ Jack Welch.) The point is, it was easy to paint a rosy picture. But 18 years later, the revenue is down to $122B and market capitalization has plummeted to $126B.

While I have never consulted to GE and have no knowledge of what actually transpired there, I have seen similar behavior elsewhere. This is how I see organizations create ‘success theater.’ Are habits like these putting your organization at risk?

There are many things you can do to add some range to your company’s success theater. Try one or more of the following:

At least in the areas where you have control, ask people to highlight issues or concerns. If the culture is completely averse to admitting weakness, you can soft pedal your language, “If a risk were to develop, where would it be?” Frame any discussions about potential weakness as a favor to you, “I need your help, I’m trying to identify the three things that I need to pay more attention to.” You might not be able to pass these messages on up the chain, but at least you can foster a more balanced culture on your own team.

When someone does share an issue or concern, make sure you reinforce their courage and willingness to be vulnerable. If the issues aren’t too personal, share them in a team meeting and recognize the value of the person who brought the issue forward.

Promote people who have bounced back

Another way to change the plot line is to promote people who have demonstrated resilience, rather than those who have never tasted failure. In my experience, leaders who have never presided over problems just don’t know how to handle it when things get rocky. The longer they have success, the more anxious and protective they become of their perfect track record. If you promote someone for how well they handled adversity, you demonstrate that setbacks are normal and it’s what you do to rebound that matters.

Scenarios and contingencies—plan for the dark days

You need to spend way more time thinking about what might NOT go your way and what you’re going to do about it. If your only plan is the plan for how you’re going to bask in the sunshine of endless opportunity, you need another plan. What are some of the likely and less-likely scenarios that might play out that could take you off track? What will you do if those situations happen and when and how will you make the call to go to plan B? There’s no room to be superstitious about talking about problems; just talking about scary things will not make them happen. It will, however, prepare you a little better if they do.

I understand how choosing one goal and becoming maniacally focused on it can help you be successful. Unfortunately, focusing on only one measure is what leaves room for people to game the system. If it’s only about top-line, it’s easy to drive volume by slashing prices and compromising on margin. If no one is watching the customer retention or satisfaction scores, you can boost revenue by hiking prices. These strategies work in the short term; just long enough to hit the quarterly number or land a juicy bonus. If you don’t want the wool pulled over your eyes, you need to be watching and rewarding the leading indicators too.

Success feels good. It might even be addictive. Jonesing for continual growth, bigger profits, higher share price can lead you to some risky behavior that could put all your success in jeopardy. Be on guard for signs that your company is becoming a ‘success theater.” Do what you can to shed light on the drama as well as the triumphs. Otherwise, it will soon be obvious that it was all just a show.

I Beg (You) to Differ

9 Ways to Improve Decision Making on Your Team