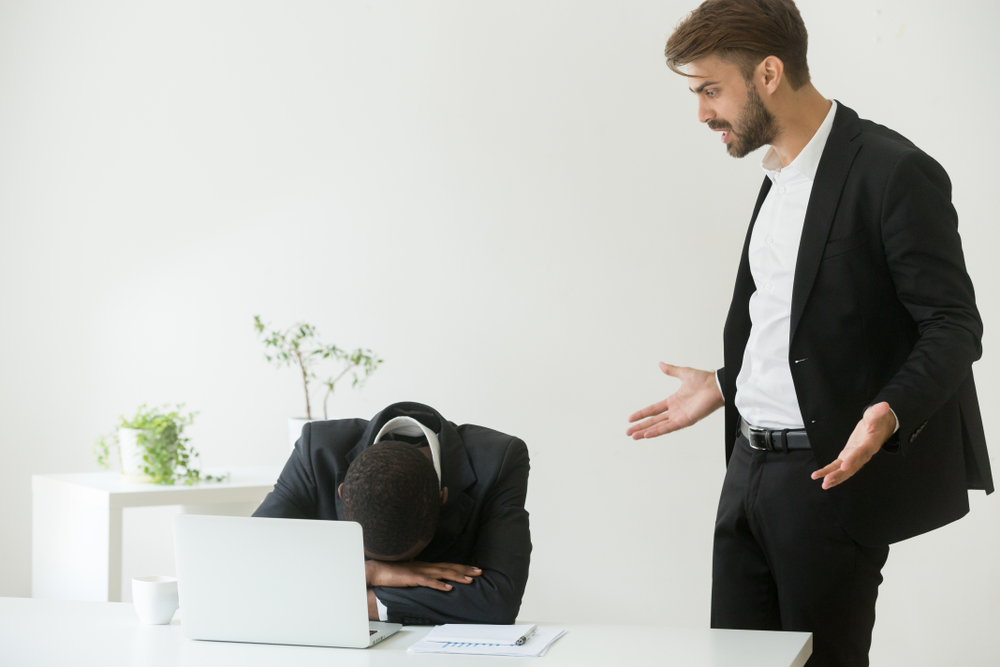 It’s NOvember, the month where I provide 30 days of things to say NO to if you want to be happier, healthier, and more productive. Join the NOvember crusade by sharing your thoughts on my LinkedIn post or by checking out my daily 60-second video shorts.

We’re nearing the end of NOvember, and I thought I should address something that you might have been thinking all along: what if I try to say “no,” but my boss won’t take “no” for an answer?

There are still so many people who believe that more is better, who think that multitasking gets more done. People who aren’t strategic enough, deliberate enough, or courageous enough to know what to prioritize and what to deprioritize.

There are still so many people who don’t take “no” for an answer. Sad, but true.

When Saying No Doesn’t Work

So, what’s to be done? Do you have recourse? Is there anything you can do to protect yourself from spreading yourself too thin, burning out, and letting people down? There is. None of these is a perfect remedy for a boss who won’t take “no” for an answer, but each one might help a little. And when you’re overwhelmed, a little is a lot.

I posted a YouTube video about dealing with a boss who can’t prioritize. I argue that most managers don’t know the difference between priority (which is about order) and importance (which is about value). In the video, I share the trick of avoiding this baffling boss blind spot by shifting your language from saying, “which is a higher priority” or “which is more important” to asking, “which one of these do you need me to complete first?”

It’s easy to imagine your manager responding to “which is more important” with an exasperated cry of, “THEY’RE ALL IMPORTANT!!!” And to be fair to your boss, it’s true that multiple tasks can all be equally important. That’s why asking about importance might not yield anything of value. However, when you ask which task they need to have completed first, it’s much harder for your boss to squirm out of an answer.

Step 2: Take One Thing at a Time

Another strategy for coping with a manager who won’t take no for an answer is to be ruthlessly focused. When you’ve got multiple things on your plate, you tend to fret about them to the point that you don’t accomplish any of them. So instead, go the other way. Become hyper-focused.

If possible, move out of your usual work spot and take only your computer. Heck, if it’s a thinking task, take only a notepad and pen. Either way, leave your phone behind. Leave any clutter. Change the frame. Now, set a timer and get to work. Even if you aren’t feeling it when you start, if you commit to doing something for at least 15 minutes, you’ll likely get on a roll and sail past that into a gloriously productive state of flow.

I’m practicing what I preach. I’m writing this on Friday afternoon, and when I started, I was uninspired. So, I set my trusty Time Timer for 30 minutes, closed my email, moved my phone, and began to type. I’m already on a roll.

When you have too much on your plate, don’t try to swallow everything at once.

A third strategy is to set clear boundaries and work diligently until you reach that boundary and then stop. That doesn’t mean your boundary has to be 5:00 pm or that you make like Fred Flintstone racing out at the end of a shift. It just means that you decide in advance what’s reasonable and then fit as much work in as possible until you reach the boundary.

If you’re doing one thing at a time and being productive, it’s ok to stop at the end of the day unless what you’re doing is so important that someone will die or the lights will go out on the entire eastern seaboard, or your company’s biggest customer will leave, unless it’s actually an emergency, then stop when you said you would.

I know that might terrify you. You might worry that you’ll get sacked if you go home or don’t respond to an email at 11 pm. But I genuinely believe that’s an improbable outcome. If you’re working on things in the order your boss required (Step 1) and working productively on one thing at a time (Step 2), then working within the boundaries you’ve set should be sufficient in all but the most extreme cases.

Step 4: Provide a Heads Up to Others

One final action I believe you need to take when your boss doesn’t take no for an answer is giving your team a heads-up that you are stretched too thin. The bad news is that your manager has overloaded you, and you might drop the ball and let your teammates down. The good news is that the boss is probably doing the same to them, so they’ll get it.

Being transparent and candid with your colleagues about where you’re struggling to keep up will give them a chance to provide some direction and to make up for the lack of leadership from your boss. For example, they might tell you that one piece is urgent, but the rest can wait. Or they might line up someone else to share the load.

You want to avoid having your unmanageable and unfair workload lead to failure to deliver, which results in a big letdown for your teammates.

Step 5: Give Feedback About the Impact

Another approach you might take (which is optional) is to provide your boss with feedback on the impact of having so much on your plate. Here are a few options you can tailor to your situation:

“When you assigned me to generate the foot traffic report while I was working on month-end close, I felt like I wasn’t giving my full attention or doing my best work on either. How could we plan for this month so I can give my full attention to month end?”

“You asked me to be on three of the strategic project committees; their meetings are conflicting, and I feel like I’m not doing a good job representing us on any of them. If there is a conflict, which meeting would you like me to attend?”

“All three of these files you put on my desk are marked urgent. I don’t know how to decide what to do first, and I’m nervous I’ll pick the wrong thing. How do you want me to choose what I do first when I have multiple urgent tasks?”

It takes courage to say “no” to your manager, and when that no is reversed, rejected, or rebuffed, it sucks. That’s when it’s time to go into self-protection mode. Figure out what you need to do first. Put your head down and strive for maximum efficiency. Work your butt off, and then stop at pre-defined boundaries. Do your team the solid of giving them a heads up. And if you’re feeling brave (or just determined not to be in the same position again), give your boss some feedback about what happens when you’ve got too much on your plate.

Working for a Toxic Boss? You Have Options

Video: How to Cope When You’re Overwhelmed