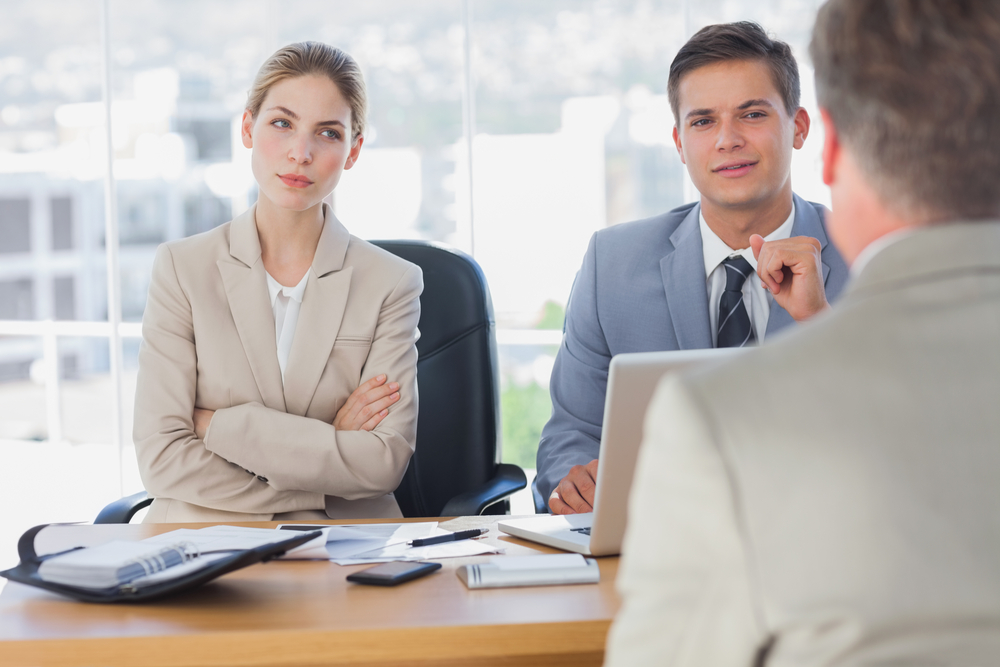 Ever since we worked with leaders at Amazon a couple of years ago, Craig and I have shared their leadership principle, “disagree and commit” with all of our clients. It’s one of the most succinct descriptions of productive team conflict you can find. The disagree  half refers to the expectation that everyone at Amazon will respectfully challenge decisions “even when doing so is uncomfortable or exhausting.” You can imagine how much I love that half! But the first half doesn’t work without the second: the commit. The expectation at Amazon is that once a decision is made, regardless of whether you agreed or disagreed during the decision-making process, that you’ll “commit wholly.” (You can read about disagree and commit and the thirteen other Amazon leadership principles here. )

You are in charge of your organization’s IT project office. You have a well-honed process for evaluating requests and prioritizing which projects will get funded and be completed by the IT team. At a meeting of the evaluation committee, you apply your process and make your decision about the three projects that will be funded for the year and the six that will be deferred or declined.

You present your committee’s work to the Leadership Team and they start to question why one of the projects didn’t make the cut. They have a different lens on that initiative and the implications of postponing it. After some discussion, in which you argue for the integrity of your process and attempt to convince them to stick with the original list, they change the decision, swap out one of the three approved initiatives for the originally deferred one and ask you to get to work.

What do you do?

Sadly, the most common response to this scenario is for people to “agree to disagree.” Agree to disagree means that the decision has been made, but you don’t like it, don’t agree with it, and will either be passively waiting for it to fail (for the ever-so-satisfying “told you so” moment) or actively sabotaging it. Agree to disagree is self-centered, rigid, and likely to create a self-fulfilling prophecy because when you withhold your contribution, there’s a good chance the project won’t pan out.

Rather than agreeing to disagree, this is a scenario that calls for you to disagree and commit. Here’s how:

Acknowledge that it’s a disagree and commit situation

First, it’s helpful to tell your teammates that the decision isn’t sitting well with you. Ideally, do this by actually saying that you disagree with the decision and that you’re prepared to commit to making it work. That way, your teammates will understand that it isn’t a slam dunk for you and that they’ll need to do a couple more things to get you onboard.

In our scenario, you might say, “Ok, I understand that we are swapping out the quote-to-cash project in favor of the new system implementation in supply chain. I don’t agree with that change, but I’m prepared to disagree and commit.”

Confirm what you are agreeing to do

Next, make sure you share your understanding of what you’re agreeing to do. If it’s not something you’re ecstatic about, you want to make darn sure that you’ve got it right. For example, “I will go back to the IT projects committee and let them know that we’re putting at least a 3-month hold on the quote-to-cash project and we’re accelerating the supply chain implementation.”

Ask for what you need to commit fully to the implementation

Taking the high road doesn’t mean you have to give up everything. Now is a great time to ask for what you’ll need to be able to commit fully to the decision. If there are stumbling blocks for you, make them known. Ask explicitly for what you need to be comfortable and confident supporting the decision.

If there’s more, don’t be shy. “The other thing is that I need everyone to acknowledge the risk in deferring quote-to-cash. With our existing manual system and our order volume in the back half of the year, we’re going to feel it on the expense line…”

What you’re looking for at this stage is validation that your concerns have been heard and where possible, that risks have been mitigated. Where it’s not possible to eliminate the risks, you want to be convinced that any negative consequences will not be blamed on you. Once you feel heard, pivot and throw your weight behind making the plan work.

When you have a quiet moment, ask yourself what you would do if you really believed strongly in the decision. How would you behave? What would you do? What would you not  do? Create a list of 3-5 ways you could go above and beyond to ensure the success of the plan.

If you really believed in the importance of the supply chain project, you might have a coffee with the project lead to offer your support and share any insights. You might put a hold on a couple of discretionary activities your team is doing and offer to share resources with the supply chain team. If it helps, think about projects that you’ve been enthusiastically supportive of in past—what did you do to make sure they succeeded?

In our conflict-avoidant, go-along-to-get-along cultures, your willingness to disagree openly, even when it’s uncomfortable or even exhausting, makes you incredibly valuable. If you pair that with a willingness to commit fully to the success of decisions you initially disagreed with, you’re making yourself one of the most reliable and indispensable people around.

Agree to disagree is fine when you’re debating the best flavor of ice cream or which Batman was the best. If you have shared ownership over the implementation of a decision, agree to disagree isn’t going to work. That’s when you need to disagree and commit.

How to disagree with your boss