by Liane Davey | Jul 16, 2014 | About teams, Be a better team leader, Horror Stories, How to fix teams, Success Stories 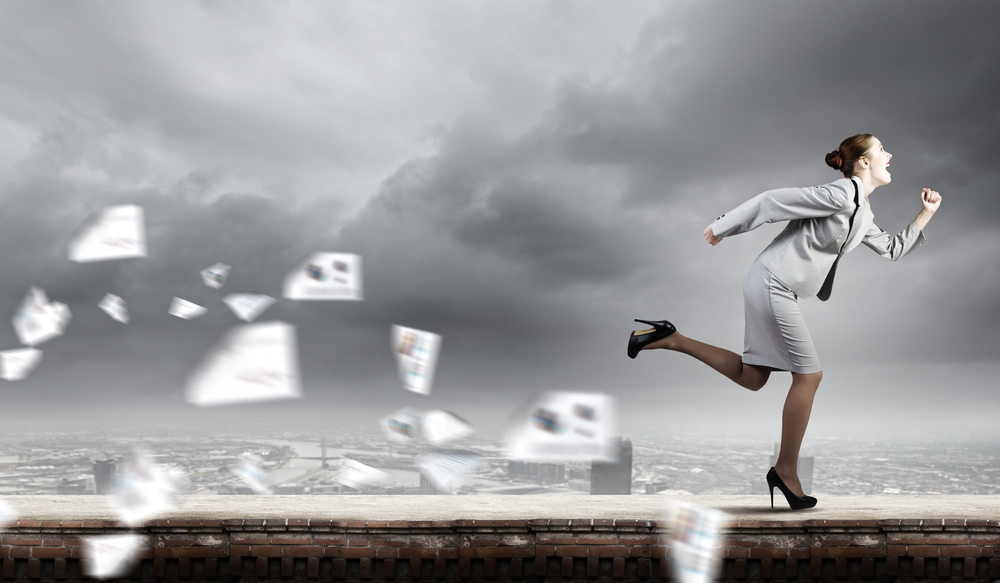 The “busy” epidemic has received significant attention and much has been written about how to prioritize to keep one’s workload at a manageable level.  In my book, You First: Inspire Your Team to Grow Up, Get Along, and Get Stuff Done, I even included a chapter called  “Know when to say no.”

Although there is still more to be said and done to help individuals accomplish more by doing less, I’ve noticed that busy-ness is more than just an individual challenge—it has become a characteristic of certain organizational cultures.  If your culture has come to perpetuate, reward, or even exalt busy-ness over productivity, you need to change course.

The challenge is that a culture of busy-ness (or any other culture, for that matter) is not something you can affect directly.  Instead, you need to access culture indirectly through two accessible levers: individual behavior and organizational practices.

Several years ago, I was consulting to a global healthcare organization.  I was working with their nuclear medicine unit, which was undergoing a transformation within the context of a cross-enterprise restructuring in the parent company. The nuclear unit was introducing a new line of business and launching a new performance management and compensation system while also being affected by the move in the parent to centralize 10 functions into a global shared service, and simultaneously outsource IT. The only hope was to become ruthlessly and relentlessly focused.

Several of the practices we introduced there were aimed at minimizing needless expenditures of energy and maximizing the traction of the change initiatives.

Get the big picture: The first thing we did was to centralize one committee in charge of all initiatives.  A core team with representation from each business unit and each project met weekly.  The room in which we met became the central command. Visuals on the walls mapped workload and key milestones overall and within each business unit by week. No new activity could be initiated without it being approved and coordinated by this team.  Proposal after proposal was postponed or declined outright because it would have detracted from the ability to execute on the major initiatives.

Integrate communications: The central team introduced an overarching brand for the year, “Driving Growth,” and all initiatives were linked back to that. Sub-brands like “People Driving Growth” (for all HR initiatives), or “Technology Driving Growth” reinforced the message that this was one coordinated change effort, rather than multiple disparate projects.

Clear the decks: At the same time, a grass-roots initiative was launched to “unplug” activities that were no longer adding value.  Through employee suggestions, the average employee reclaimed 42 hours over the first year; and managers, who were a critical bottleneck for the change projects, saved on average 84 hours.  One brilliant time-saver was the suggestion to conduct annual objective setting in 2-hour team workshops rather than in a series of one-on-one meetings that would take the average manager the better part of a week.  The side benefit of developing objectives collaboratively was the improved line-of-sight to what team members were trying to accomplish. This supported greater focus and prioritization throughout the year.

It was a harrowing time for all involved, but by introducing a centralized clearing house for new projects, by institutionalizing and celebrating the process of “unplugging,” and by communicating initiatives under one aligned and integrated brand, the team came through the challenge admirably.

Changing Behavior in a Critical Mass of People

Pay attention to different things: Changing organizational practices is not sufficient to change culture. You also have to change behavior and set new standards for what is normal.   One way to combat a culture of busy-ness or frenetic activity is to make it normal to prioritize, focus, and execute.  Leaders in the nuclear medicine company needed to pay attention to growth initiatives above all else.  They started using  the language of focus in their everyday conversations.  “What is the one thing that you’re doing that’s most important for driving growth?” “If I need you to do this new thing, what do you need to stop doing?” “What’s one thing you did today that didn’t add any value for our customers?”

Go first: Leaders couldn’t just preach relentless focus, they had to model it.   If someone came to speak with them, they were prepared to say that they were in the middle of something and to schedule a time to talk.  Better yet, they closed their doors, or found a secluded space to get some work done.  It almost sounds like sacrilege in the era of engagement and approachable leaders, but the desire to be accessible can make you distracted, unproductive, and irritable.  Doing one thing at a time and asking for people to respect that choice was uncomfortable and unsettling at first, but gradually, it changed the culture.

We have passed the point where we can expect individuals to stand up to the overwhelming pressures of a busy culture.  We need leaders and influencers to set a new example by paying attention to different things.  And we need to anchor those new norms into organizational practices that emphasize deliberateness, discipline, and focus.  Only then will we stop spinning our wheels in the service of being busy.

Busy is a Self-Inflicted Wound

How to Build your Resilience