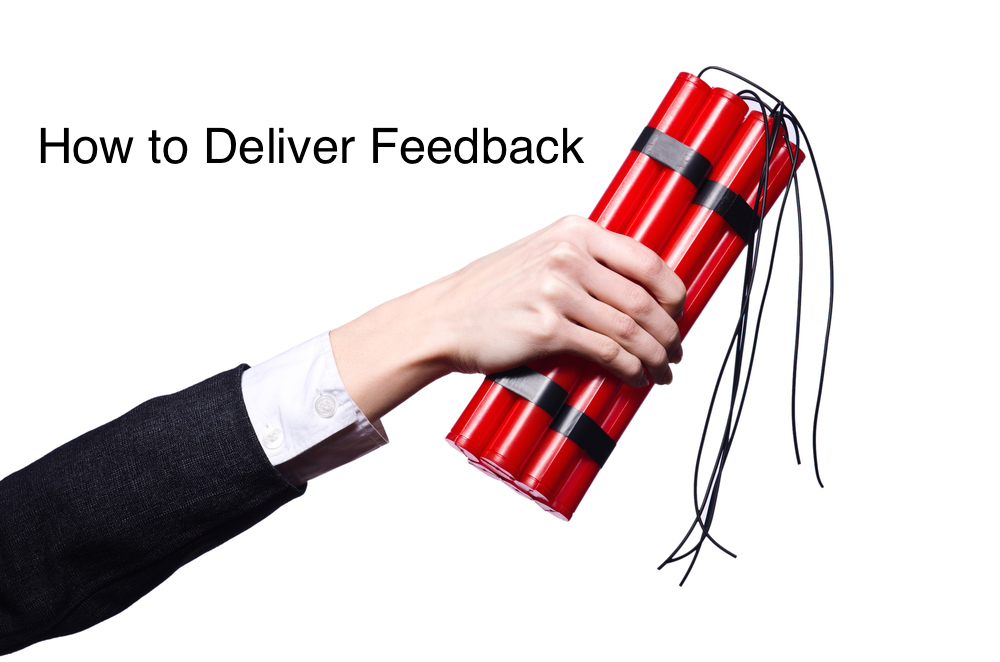 Giving someone feedback can be uncomfortable. Some people even agonize over how (and if)  they should share a difficult message with a teammate or a direct report.  Unfortunately, that discomfort leads us to minimize the duration and intensity of our discomfort by delivering feedback in a “one and run” fly by akin to dropping bombs from a plane.

There are several problems with the bombing raid approach to feedback.

If you stay at high enough altitude to ensure you are safe (i.e., that there’s little risk of you having to take ownership of your part in what’s not working) you aren’t close enough to make a genuine connection.

If you fly off after dropping your payload, you have no idea whether it hit the target.

If you get out of town as fast as possible, you’re more likely to be seen as the enemy and trigger a defensive reaction.

So, next time you think about giving a piece of feedback that way, stop yourself.

Instead, use these techniques to make feedback feel more like an investment and less like an attack.

Steps 1 to 3 are the easy part, but just as a reminder…

2. Deliver crisp, objective feedback about the person’s behavior with as little judgment and subjectivity as possible.  Instead of “you were very disrespectful to me in that meeting,” try “when you interrupted me three times…”

3. Share how the person’s behaviour landed with you and make sure that you phrase it as your reaction or impression, rather than as the objective truth.  “When you interrupted me three times, I felt like you don’t respect what I have to say.”

Most people stop there.  And if you stop there, you have made the “one and run” mistake.  Keep going: Make it a conversation!

4. Transfer the ownership of the feedback to the person using a big open ended question.  My colleague Ren Wiebe taught me my favorite one “How did you experience it?”

5. Now open your mind and listen for the other person’s truth. You experienced it as disrespectful, but that’s only one truth.  What is your teammate’s truth from the same situation? (Just doing this step will already make this the best feedback experience the person has ever had…you might have to pick them up off the floor!)

6. Make sure you go back and forth at least two or three times to ensure you’re really hearing each other, increasing your understanding of yourselves and each other. Don’t stop until you each have a clear vision for how a similar situation could play out better the next time.

Feedback is an investment in a colleague and a demonstration that you’re willing to endure a little discomfort to make your team stronger.  It only works if you deliver it in a way that demonstrates that you are an ally not an adversary. Replace your one and run approach with a new philosophy that feedback is only the first line of a conversation.  There will be a lot less collateral damage that way.

Maybe you Shouldn’t give Feedback

Virtual Teams and How to Give Feedback from Afar