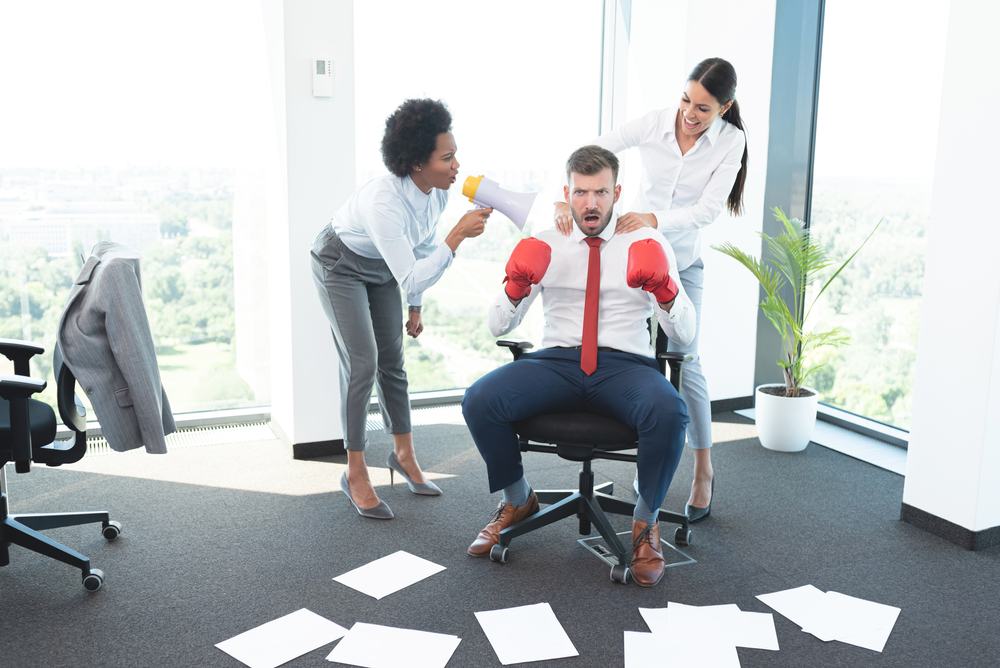 I’m building a new online course to teach the skills from my book The Good Fight. It’s been a year and a half since the launch of the book, and while I use the concepts in my daily work, I’ve enjoyed the opportunity to revisit the original text.

One particularly exciting moment was the discovery of a small section in Chapter 5 called, “Facts Don’t Solve Fights.” As I stumbled upon the pithy heading, I thought How the heck did I forget about this little gem? And then I asked myself, Why did I not make that into a coaster with my other favorite quotes from the book? And then I silently gushed, Writing books is so awesome, I should write another one. And then I shuddered…too soon.

Maybe it’s because we’re in the midst of the most polarizing political climate of our lifetimes. Maybe it’s from too much scrolling through social media or channel flicking past angry partisan commentators. For whatever reason, these words spoke volumes to me right now. The fact that facts don’t solve fights is something I all too often forget…and I wrote the darn thing. So, today, for you (and for me), I’m giving Facts Don’t Solve Fights another airing. I’d love to hear your thoughts.

It’s easy to be misled into thinking that opposing facts and information are the cause of conflicts you face at work; they seldom are. When all that’s in question in a dispute is the validity or relative importance of different information, you’ll experience it as solving a problem, not having a fight. As soon as the source of the issue is something buried beneath the facts in the realm of conflicting values and motives, that’s when it will start to look, feel, or smell like a conflict. In that case, the facts are just a diversion your colleague creatively curates to justify how they feel and what they believe.

Sorry, stopping for one moment to let that sink in. “Facts are just a diversion your colleague creatively curates to justify how they feel and what they believe.” And yet we jump on facts, flailing to find falsehoods that will prove that we’re right and instantly convince the person on the other side to abandon their baseless argument. But if it’s not about the facts, that’s unlikely to work. And, to be clear, it’s not about the facts.

It’s understandable if you’re angry that your colleagues would try to bullshit you by sharing only the facts that support their case. But it’s not actually you they are trying to deceive. Years of psychology research suggest that they are actually deceiving themselves—the first and most important audience for their elaborate rationalization. As humans, we want our behavior to make sense, so we concoct great stories about why we do what we do. We do and say what we believe and then try to make our actions and positions seem rational by assembling facts that justify them. Neuropsychologist Michael Gazzaniga[1] describes it as trying to keep your story coherent. You do what you feel or believe, then collect the facts to create a narrative that’s consistent.

Humans act based on beliefs and feelings. We use facts to make us feel good about how we feel. Recognizing this, fully internalizing this, is the only way to get beyond unproductive conflict and to get to the real discussions—the ones that root out what the person believes, how they feel, and why. The dialogues that lead somewhere; through the issues and toward a mutually acceptable resolution.

That’s why the facts your colleagues share are not something solid you can grasp onto in an argument. If the first set of facts doesn’t work to convince you of what they want, there will always be other facts to try out. Until you get past the facts to what the person really wants, you’ll continue to face a barrage of mostly deceptive information. Mostly.

The next time you’re tempted to dispute someone’s facts, (at work, with Uncle Larry, or on Facebook) save your breath. Instead, get beneath the facts by asking questions to expose what they feel and what they believe. Facts won’t solve fights.

3 Questions to interrupt an emotional diatribe

How to Avoid an Argument