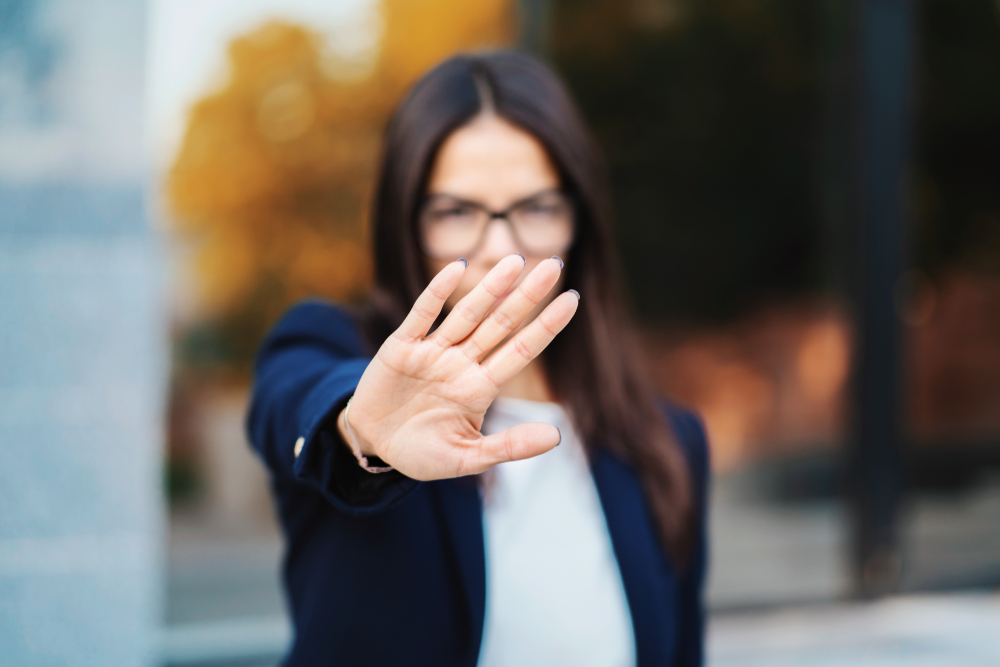 I was talking about what to do when you are resisting a change that’s imposed on you. A woman in the audience put her hand up.  She introduced herself and then asked, “What if I’m the change that people are resisting?” Wow! Another week, another powerful question from an audience member. It’s one thing to talk about resisting change and another altogether to talk about being resisted.

I gave an answer from the stage, but the question was worth some further thought. Here it is.

I meet lots of people who were brought into their organization or their team to lead change. Maybe you’re one of them. You were sold on the promise, “We need some new blood, like you. Change agents who will shake things up and help us transition into the company we need to be.” Then, within a matter of months you are rejected and ostracized by the people you were supposed to be helping.

But I am just trying to help!?!

In the case of organ rejection, there are strong immunosuppressants that minimize the body’s attack. Although there’s no magic pill to cure the rejection you’re experiencing, there are some strategies to minimize it.

First, think about the source of the animosity. Your presence could be threatening to those who were in the organization before you. After all, if you’ve been brought in to introduce change, doesn’t it imply that there was something broken that needs fixing? And it’s not a far stretch from “something broken” to “someone.” [Of course, that’s not what it usually means. Change is not about fixing something broken but instead about keeping up with how the world is changing. But that’s not how it feels to the people on the receiving end.]

The reactions to change aren’t always as extreme as feeling broken. Perhaps your teammates are just frustrated at having to learn new things, which requires effort and slows them down. Maybe they are anxious at the possibility they won’t have the skills to be successful in the new model. Some of them could be jealous that you are now the favored one, getting attention and adulation from the boss. Suffice to say that not all of them will be thinking oh wow, I’m SO glad we have this savior to lead us to the promised land!

The reason donated organs are rejected is because they are interpreted by the immune system as foreign. The same thing happens when your teammates think of you as an outsider invading their space. Find ways to appear less foreign to the people on your team. Rather than trying to stand apart, stand with them. Learn their language and jargon. Pay more attention to how you are similar rather than how you’re different. Initiate casual interactions where you can get to know one another and create shared language and inside jokes. And, for the love of Pete, stop referring to how you did things at your previous company six times a day!

It’s possible that your biggest advocate is the one making life miserable for you. If your boss is trumpeting your awesomeness and holding you out as the poster child for the team of the future, ask them to tone it down. That’s only going to exacerbate any jealousy or sense of inferiority. Ask your change championing boss to play it cool. “I’m grateful for your confidence. I’m also worried that too much attention might make it harder for us to get folks on board. Would you be willing to focus your recognition on other members of the team or a while?”

I’m not a fan of best practices—the idea that there are ways of doing things that work across the board. Organizational cultures differ, processes and policies differ, and that means what works will differ from one organization to another. When you’re sharing strategies that have worked for you elsewhere, seek out feedback on how those strategies would land within your new organization. Ask for your colleague’s insights on and ideas from their past experience within the organization. “I’ve seen checklists work. How do you think a checklist would be viewed here?”

Get to the Root of the Issue

As you interact with your teammates, pay attention to which words and deeds are accepted and embraced and which cause them to bristle. See if you can find a common theme. Ask open-ended questions to encourage them to share how they are thinking and feeling about the change. Here are three of my favorites:

Recent research suggests that while you’re creating a compelling vision of what’s changing, it’s important to also reinforce some continuity. Your colleagues care about their organization and don’t want to think that the company’s fundamental character and values will be discarded in a search for greater efficiency. As you’re talking about what needs to change, talk just as emphatically about what needs to stay the same. “There’s one thing that’s clear to me already, we have to protect the amazing customer relationships we have!”

Change interrupts the habits that make life more manageable. It’s difficult, and slow, and anxiety-provoking. So, when things start to fall into place, it’s important to notice. Keep it low key. Even if handing out gold stars is positive judgment, it’s still judgment and judging positions you as the arbiter of their performance and reinforces the distance between you. Instead, reward them with your recognition and your interest, such as, “It sounds like that client call went really well. Can you share what you said?”

It’s a lot of pressure when you feel like the weight of the change is on your shoulders. You need a safe place to release that pressure. Most of the time, you need to focus on how the resistance isn’t about you, but sometimes, you need someone who understands that even if it’s not about you, it is affecting you. Find a safe person and a safe spot to vent and then get back to work.

I understand how frustrating it can be to feel like you’re being rejected for doing the things that will make your team and your organization better. Take a deep breath and use these strategies to make it clear that you’re not the enemy.

Dos and Don’ts When an Employee Doesn’t Like You

What to Say to Someone Resisting Change

Grievance with a Teammate