The Right Words: The Two Truths 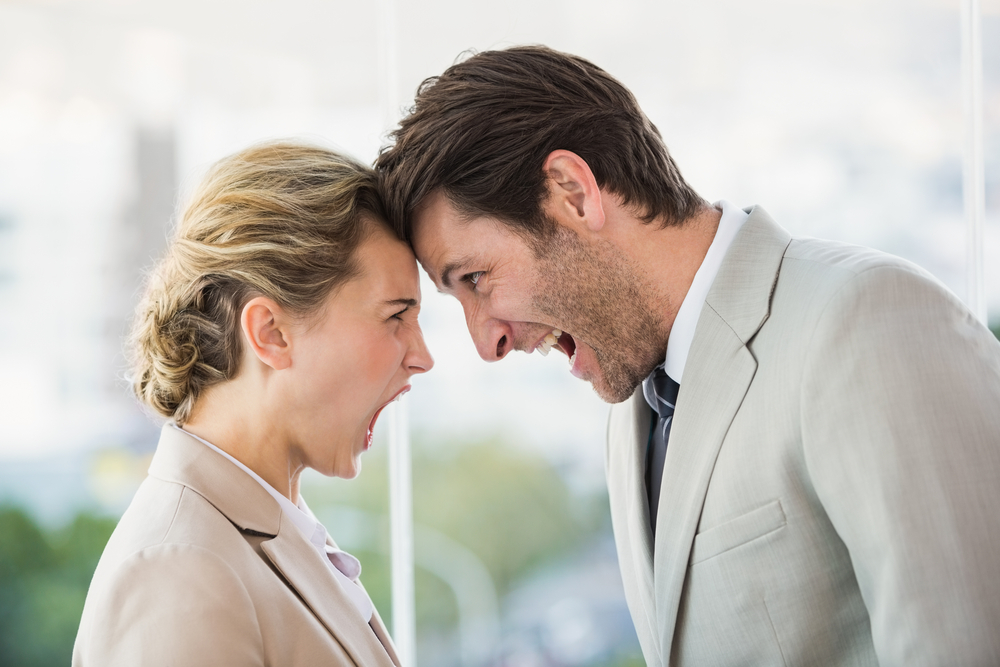 Have you ever been in an argument and wondered, how the heck did this fight get started? If you could rewind the tape, I bet you’d find it all started innocently with someone trying to resolve an issue. The problem is that they were feeling invested in the issue and probably delivered their point of view a little too definitively. And if the camera could pan over to your face as the person spoke, it would catch a nanosecond of you being shocked and confused, an instant of you taking exception and preparing your rebuttal, and then an onslaught of you refuting and rebutting their argument. That’s the trajectory of an argument; and it happens in a heartbeat. You can change that trajectory.

In The Good Fight, I tell the story of a conflict that erupted on the executive team of a prominent arts organization. It’s a great example of when and how to use a conflict resolution technique I call, The Two Truths to change the trajectory of an argument.

The team was in an offsite session, struggling with making difficult trade-offs to resolve a $2 million shortfall in next year’s budget. They were agonizing over cutting programming that everyone had been so excited about. The head of fundraising, Mary Beth, made a suggestion that seemed to come out of the blue: “l think we should release the budget to the Board of Directors showing the $2 million deficit.”

Well, this didn’t go over so well with Howard, the head of finance. His face contorted he blurted out, “We can’t do that! We have a fiduciary responsibility to balance the budget!!!” (This was the first time I learned that if a finance person pulls out the “f-word,” you know you’ve hit them where it hurts. Invoking their fiduciary responsibility is a true sign that they will stand and fight to uphold their sacred duty to protect the organization.)

As you’d expect from someone upholding their sacred duty, Howard was harsh and condescending. Mary Beth was visibly taken aback.

I knew immediately the critical mistake Mary Beth had made. She started the conversation by proposing a solution; and not only did she jump straight to a solution, but a solution that impinged on Howard’s territory. It’s a bad idea to start a contentious discussion with a solution when you aren’t aligned on the problem. (I’ll come back to “Why You Should Never Start with a Solution” in another post.) But for now, let’s stick with this predicament. One person has proposed a solution, the other person let it be known in no uncertain terms that he thinks it stinks.

Let’s make you the person on the receiving end—the one who just heard a terrible proposal. You know that contradicting, disagreeing, or criticizing is going to start a fight. What’s the alternative?

If someone proposed a solution that you think is off-base, the most efficient and effective way to get to a constructive conversation is this:

Let’s go back to the story for a moment.

It took a little coaxing, but I convinced Howard to attempt a do-over. He asked Mary Beth, “What are you trying to achieve by showing the Board the deficit?”

Mary Beth sat up a little straighter. She was absolutely clear what she was trying to achieve, “I just don’t think the Board has enough urgency around fundraising. If they knew all the amazing ideas that we’re giving up, I think they’d write a bigger check or make a few more calls.”

It was fascinating what happened next. When Mary Beth had originally shared her remedy (releasing the deficit to the Board) the rest of the team had been silent. Now, the artistic director, Katerina, lit up. “I couldn’t agree more! I think they just accept what we tell them we’re doing and don’t push hard enough to allow us to do more. I’ve always felt the Board needs a greater sense of urgency.”

Wow! Talk about an argument changing trajectory. Howard’s question had revealed a truth—a problem that needed to be solved. Now he understood enough to speak Mary Beth’s truth, “We need to increase the sense of urgency among the Board.”

Ok, where from here? Once the other person’s truth has come out of your mouth, then you’re free to add your truth.

To avoid an argument, make sure the other person’s truth comes out of your mouth before your truth.

The solution the arts organization came up with was brilliantly simple. They produced a one-page overview of the budget showing all the proposed programming. About two-thirds of the way down the page, there was a dotted line below which were all the items that weren’t funded and the $2 million dollar gap. By prioritizing the spending and showing the cut-off, they had lived up to their fiduciary responsibility and made it clear how they would balance the budget. By showing all the exciting programming they would have to forego, they had increased the sense of urgency.

By taking the time to listen and understand your colleague’s perspective, you earn their trust and confidence. You also earn the right to have them listen to and understand your perspective. From that point, you’re simply problem solving—looking for a solution that addresses both of the issues. Solving for two truths.

I have to admit that I sometimes get frustrated by the number of arguments that are not really arguments at all, they are just examples where people aren’t communicating well. The Two Truths technique is a great antidote to this problem. Give it a try the next time you hear a colleague suggest something that makes you want to say the f-word!

Adam Grant versus Brené Brown: Two Truths are Better than One

The Case for More Conflict