Exercise: Let go of a regret 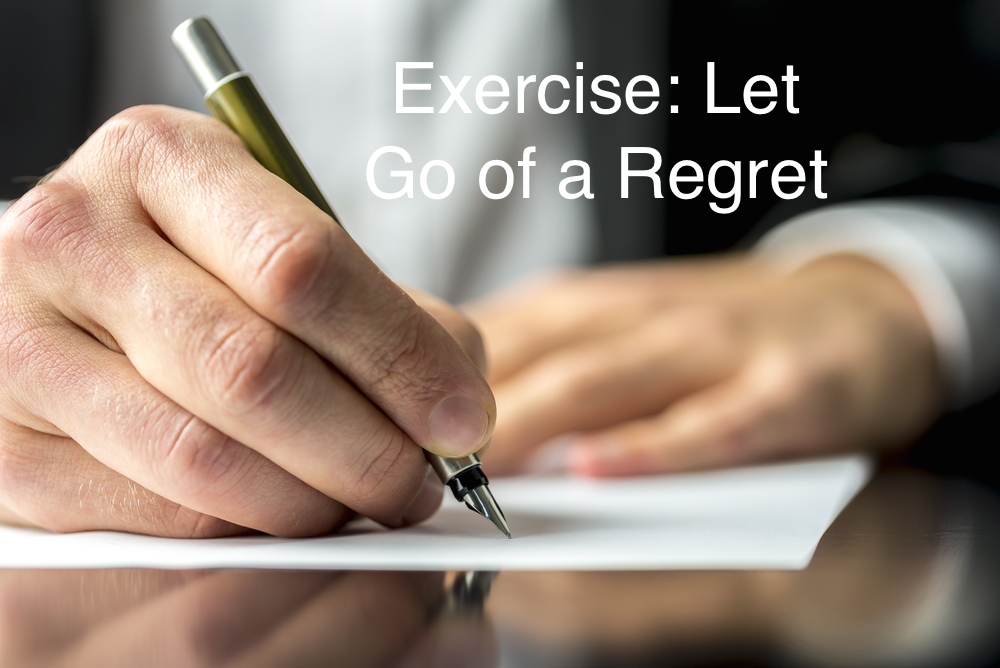 You can’t afford to carry around regret, shame, or guilt, it’s debilitating.  If you’ve done something that you regret, learn what you can from it and move on.  The lesson you learned was costly, so go find a way to make it worth the investment.

That’s what I told a person I met recently.  She had asked me to lunch to get some advice about a particularly unpleasant year with her team.  The basics of the story were that she had joined a new team and very quickly become an outcast.  As she flashed back on the details, it was clear that things had started to go wrong the very first time her teammates asked for feedback.  She gave the feedback, but likely in a way that touched a nerve and created resistance to what she was offering as help. The whole thing soured quite dramatically.  Very unhappy ending for all involved.

Listening to her story and really empathizing with how stuck she was in her regret over how it all played out, I recommended that she do something I’ve never recommended before.  But in the weeks following, I’ve found several other situations where I thought the same advice would be useful, so here it is.

Letter writing is a lost art and one that we’d be wise to pick back up when we need an antidote to the superficial, staccato communication that’s so prevalent today.  There is something wonderful about communicating with someone in your own handwriting.  It’s so intimate and personal.  And because you can’t simply delete errant text, it causes you to be thoughtful and reflective as you write.  So my advice is if you’re wrestling with something important, try writing a letter.

Relationships are really hard work. When you make a mistake or do something with unintended consequences, it can be costly.  But wallowing in regret isn’t going to help anyone.  If there is an issue that is troubling you, try writing a letter as a way of collecting your thoughts and figuring out what you can do to repair the situation.  Even if you never send it or the other person doesn’t come around, at least you’ll have come to terms with the episode for yourself.

Dealing with a Hold Out

Curtailing your Need for Detail