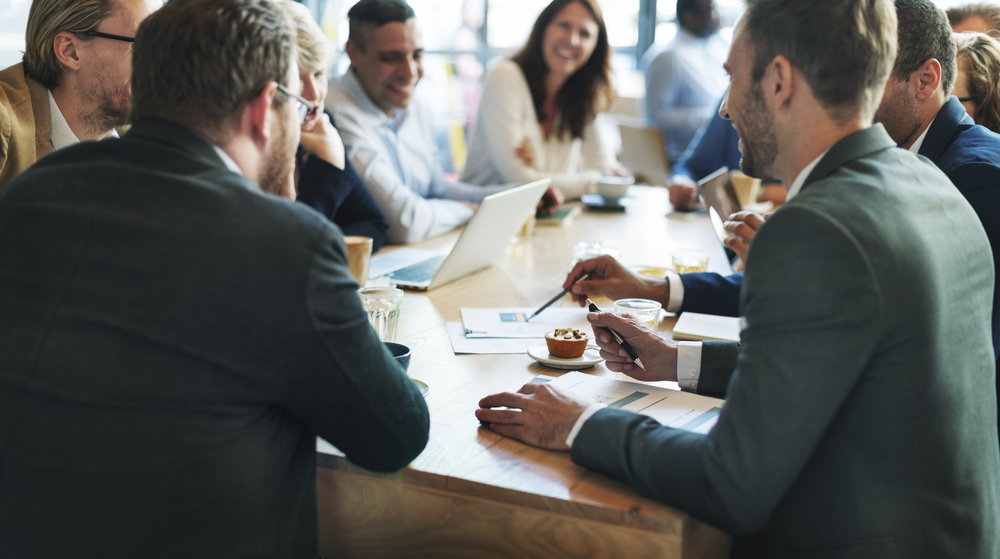 Imagine you’re sitting in a typical leadership team meeting (and by a leadership team, I mean you’re a people leader and so is everyone else around the table). It probably doesn’t take long before someone raises an issue. Not something that was on the agenda, probably a comment during the roundtable portion of the meeting. Something like, “our overtime numbers are getting worse and worse.” You’re not clear why they raised it. Maybe they just want to give everyone a heads up that the results aren’t going to be on plan for this quarter. Or perhaps they don’t know what to do and are looking for input. Regardless of the rationale, the issue is now front and center. If it were your team, what would happen?

I’ll tell you what I see. Often, when one team member raises an issue, it’s like someone has fired a starting pistol—and they’re off!” Team members bolt off the starting line with potential solutions.

Bob chimes in with, “Overtime, eh? What if you put a limit on the number of overtime hours each manager could use in a month?”

Gurjit interjects, “Staff levels are our top predictor of customer satisfaction, we should cut somewhere else, so we don’t have to sacrifice people on the floor.”

Rosie nods enthusiastically while Gurjit is talking and adds, “I think we’ve been pouring way too much on our ad spend when service is way more important.”

Theo, who raised the issue, his head is spinning as he tries to take it all in. A couple of times he tries to correct people who have made incorrect assumptions, but now he can’t get a word in edgewise. The team has taken over the issue.

Why do you pounce on problems?

Dangling an unresolved problem in front of a bunch of leaders is like tossing a pack of wolves a hunk of raw meat. They can’t help but pounce. There’s no holding them back.

There are good reasons why leaders want to attack the problem. It might be a leader’s desire to help their colleague, their concern for the customer or the bottom line, or their broad sense of shared accountability. Accountability is good, right? Jumping in with potential solutions is a lot better than sitting back in the chair, arms behind your head declaring, “not my circus, not my monkey.” (Check out the origins of this awesome Polish expression.)

There are also a few more troubling reasons why leaders might jump in to solve a problem. The most common pattern I see is that leaders don’t really like being leaders—they miss being doers. They long for the sense of satisfaction of grabbing a problem and wrestling it to the ground. They want something current, concrete, and cut-and-dry that they can start and finish and hold up for their gold star. Their sense of purpose hasn’t yet shifted from producing work to orchestrating it.

It’s also possible that the leaders who are jumping in to solve a colleague’s issue are doing so because they have no confidence that the person can solve it themselves. Low trust in a team leads to group problem solving (or more likely to the paralysis of trying to reach a consensus decision rather than leaving accountability where it belongs).

I’ll mention one other reason that leadership teams go deep in the weeds on problems and that’s because they have no clear view of what higher value activity they could be spending their time on. We’ve got this two-hour meeting every week, we have to fill it with something, it might as well be this.

Take a moment to think about your team’s propensity to start solving issues. If you’re honest with yourself, where does it come from?

If you’re asking, what’s wrong with solving problems, isn’t that what leaders are here for, I get it. Much of what you read about leadership frames leaders as problem solvers. I’m in a different camp. I think it’s misguided (or at least sub-optimized) for a leadership team to try to solve issues because:

Leadership teams trying to solve problems in the room is second only to wordsmithing as a bottomless time suck.

How could you add more value?

What’s the alternative to plunging into the depths of a problem? Instead of solving, try commissioning a solution. Here’s what that entails:

It’s amazing to watch the difference in a leadership team that knows how to pull out of a solving nose-dive and instead redirect their energies to commissioning a solution. TRULY. AMAZING. Some of the benefits include:

I could go on. There are innumerable benefits of making the transition from solving to commissioning, not the least of which is finally getting your groove as a leadership team rather than an over-priced help desk.

How can you help your team make this shift?

Your Value is in Identifying the Problem, Not Solving It

Focus your time on your real value

Are you spending enough time leading?

Video: Why Having a Solution Isn’t Always the Best Solution