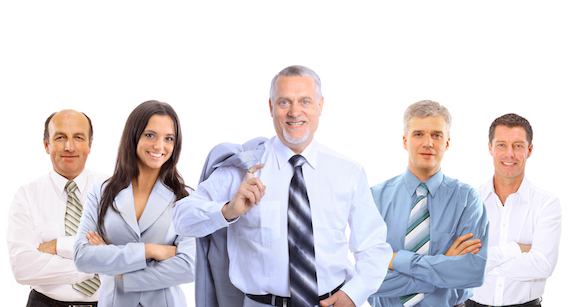 In my previous post, I shared a trend that is alarming me: the homogenization of executives into a couple of more dominant styles and the weeding out of two less prevalent perspectives.  The two common executives profiles are the doer and the dreamer.  Each of these bring considerable value to the table, but without the complementary styles, teams are vulnerable to very skewed thinking.

So what’s missing from the average executive team today?

One of the missing characters is the planner. The planner is the guy who thinks in systems and processes. He takes the dreamer’s vision and turns it into a plan that can be shared and executed. So why is he missing from the executive table? It’s likely because the planner kills people’s mojo. He always asks the difficult question, he gets mired in the details, and he is a stickler for what is fair and just and right. The doers can’t abide his need to plan for every contingency, so he is destined to serve out his career dutifully in a position one layer removed from the top team.

The other endangered species in the executive boardroom is the influencer. She is the one who thinks about the people who need to implement the plan. Our influencers remind us that we need to craft a compelling story that will make change more palatable and help us mobilize those we need to get onside. So why do we filter out or convert the influencers before they make the C-suite? I’m not completely sure. Perhaps they seem too concerned with the goings on of the people and culture and not sufficiently obsessed with the results. I’m still hypothesizing on this one.

Imagine an executive team of ten with six doers, three dreamers, and one planner. The doers know that the best ideas tend to come from the dreamers, so they make a little room for dreaming; but not too much. As the strategy starts to take shape, the lone (and usually quiet) voice of the planner can be heard to ask “but how will we do it?” After little more than a token response, the doers enthusiastically converge and off they go.

The vision is far from a plan and without a plan, the communication is at best high level. But remember, there was no one in the room whose natural inclination is to spread the word, so there’s probably little communication anyway. Instead, the doers just start doing and hope that the next layer will join in. They do; but without the structure or clarity to add much value.

Do you periodically hear about an exciting new strategy only to become disenchanted by the lack of clarity and focus and disheartened by the failure to effectively translate the strategy into action? The culprit might be an executive team that’s out of kilter.

In the long-term, we need to address the biases that seem to systematically keep the planners and influencers from the C-Suite.  In the short-term, if this is an issue on your team, you can compensate by building better planning and change management processes and sticking to them. Adding a Chief of Staff or Business Manager role for the executive team is also an excellent approach to give someone the ownership of the steps between the strategy and the execution.

Why It’s Hard to Lead when Times are Good