Liane’s Back to Basics Listening Drill 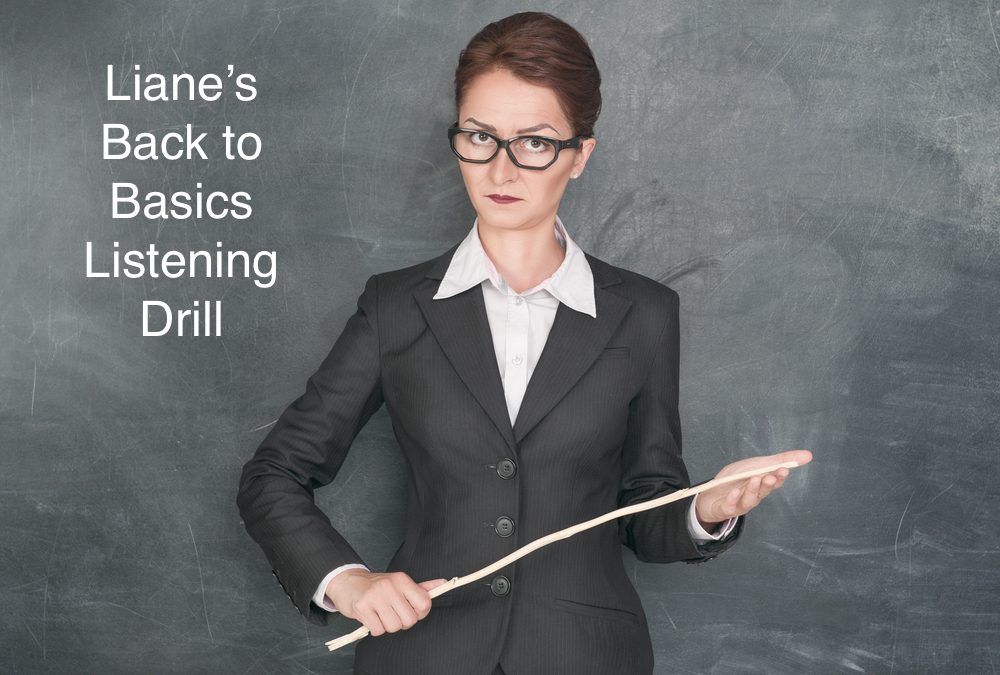 How well do you really listen?

Listening is one of those skills that you might think is easy. In reality, creating a high fidelity connection is difficult in a one-on-one conversation and darned near impossible in the ruckus of a team meeting.

These continual poor connections have drastic consequences.  Without effective listening your team is probably mired in conflict and revisiting the same issues over and over without resolution.  That’s because you’re being distracted by superficial, logical stuff that masks the important, emotional stuff going on. If you want to get to the root of the issue so you can solve it once and for all, try improving your listening skills.

Liane’s Back to Basics Listening Drill.

When I see (or hear) a team that is doing a poor job of listening, I get old school and implement the following process.

I am pretty tired of people who expect to be heard without offering others the courtesy of being listened to.  When it becomes obvious to me that this what’s going on, I channel a 19th century school marm and go right back to basics. Maybe it’s time for your team to try the drill.

Communicate With, not To

Tips to Improve the Connection when you Communicate

Video: But Are You REALLY Listening?