by Liane Davey | Jun 7, 2015 | Be a better team member, How to fix teams, Personal Development, Right Words to Say 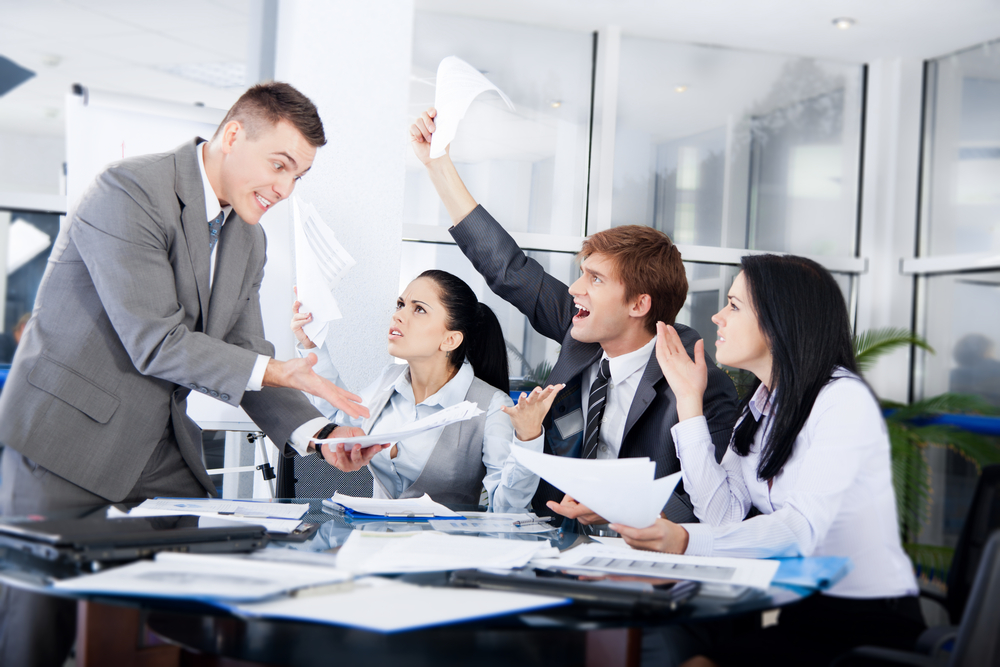 A while back, I wrote a post on LinkedIn asking whether the women on teams are leaning in.  Read it here.

I got one comment with a bit of a “blame the victim” message.  I didn’t write to women to blame them, I wrote to women because I feel passionately about helping them add more value on their teams and because I see so much opportunity for organizations to benefit from a more effective contribution from women.

But it was a fair comment. I spend more time with teams dominated by men.  What would I say to them? Well, I’d say this…

While the women on many teams are leaning back, you men are leaning in so far that you’re dominating the conversation, making interactions adversarial, and stifling the diversity of thought. You gotta’ stop!  Lean out a little, fellas. Demanding consumers, disruptive competitors, and matrixed structures require agile, collaborative processes that harness diversity of thought rather than choke it.  It’s time to change your game boys.

Rule #1: Start With a Positive Assumption

In my book, You First: Inspire your team to Grow Up, Get Along, and Get Stuff Done, I describe how the assumptions you make about your team members can destroy your team dynamic without you even opening your mouth. (You always knew you got into trouble without even opening your mouth, didn’t you? “Whaaat, I didn’t SAY anything!)  Sad thing is that you know you get in trouble, but you’re still clueless about why.

It’s because the minute (actually, the nanosecond) you decide that your teammate isn’t credible, isn’t reliable, isn’t trustworthy, your body language closes and you signal that you’re not buying what they are selling.  Without a word of disagreement, your dismissal is picked up both by the target and by almost everyone else around the table. Yup, you can beat someone up while moving nothing more than your eyebrows.

Ask yourself – do you…

These knee-jerk reactions are all very primal: We have in groups and out groups, friends and foes.  But in the rapidly changing world, sticking to the ideas and people you are comfortable with can be a fast path to extinction.  Becoming far more self-aware of these biases will be very important to your continued relevance.

It’s time to start with a positive assumption—open yourself to ideas and people that are unfamiliar and uncomfortable. Be one of the amazing men who combine their own expertise with other people’s fresh new ideas to grow and innovate. Here’s how:

Counteract the assumptions in your head and take each idea on its merits, regardless of its source.

Many male-dominated teams I meet have a wolf pack feel to them.  There is the alpha (usually the leader), the majority of the pack, and then there are a few weak members who are struggling to keep up.  From the front of the room, I can see team members checking in with the alpha and with the pack to see who they perceive as weak; to figure out who can be dismissed. Once the alpha demotes someone, the team almost completely discounts and discards them—leaving them for dead. Then they have no chance of success. It’s brutal to watch.

It’s possible that you could be the only one standing in the way of someone being shut out from adding value to the team.  Their novel, counter-intuitive, unpopular idea just might make all the difference for your business.  You decide whether that idea gets a fair hearing or whether it’s sloughed off with all the other “stupid ideas.”

Your team is never going to keep up with the future if the only ideas you’re willing to hear are from the people who were successful in the past.  Introducing new ideas, promoting a little heresy, goring some sacred cows, they’re all good now and again.  If you’re too ensconced in the status quo to be the dissenting voice, hold the door open for someone who can be.

The stereotypic view of male conflict would be the aggressive approach with yelling and table pounding. I do see that kind of conflict when men’s emotions get the better of them and the testosterone kicks in.  But recently, I’ve actually seen even more serious issues with conflict avoidant men—particularly in very senior positions.  So my advice here requires you to self-diagnose as either a fight or a flight person in conflict.

Ask yourself – do you…

Productive Conflict creates a two-way dialogue that is focused on improving ideas. Regardless of whether your course correction is to be less aggressive or to be more direct, here’s what you’re aiming for:

While there are still a few of the old fashioned chest beating types around today, a new species of conflict avoidant males seems to be popping up.  Perhaps the latter are a reaction to the former, with men who are actively choosing a more civilized approach.  Sadly, neither the aggressive nor the passive is effective.  Strengthen your productive conflict muscles and we’ll all be better off.

The power on many teams is still firmly in the grasp of the men. But how many of the high profile organizational failures were the result of men in power shutting down ideas and people that might have saved them from themselves? We need a new generation of men who promote and harness diverse perspectives through effective collaboration.  Men who are more aware of their biases and assumptions. Men who open the discussion to new ways of thinking. Men who have conflict productively so it moves things forward rather than trapping their teams in the past.

You can’t change every man, but you can change yourself; and that will change everything.

Managing the Aggressor on your Team

How to work for an Abusive Leader