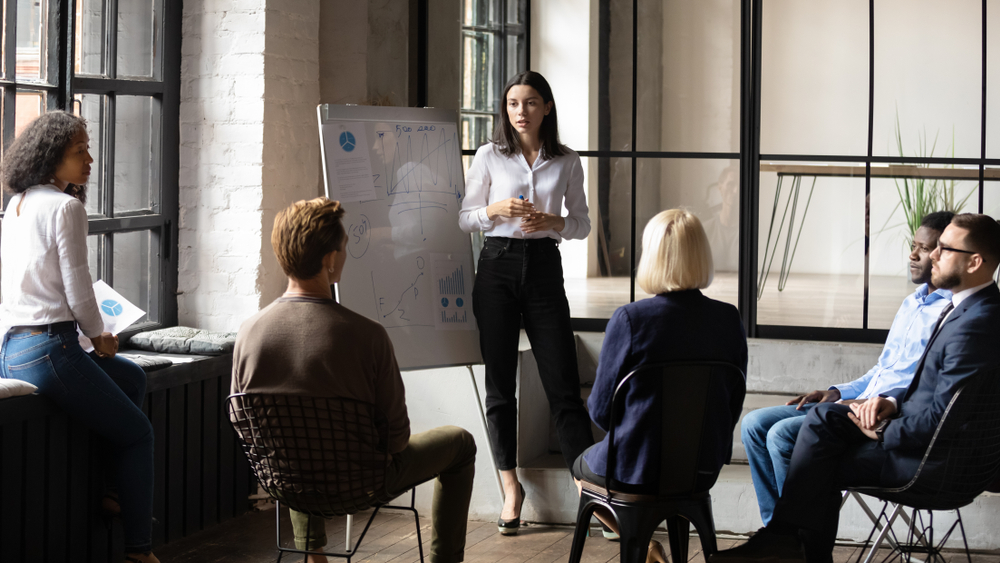 Last week, I facilitated a business strategy session online using MS Teams. This is the kind of session that most leaders would traditionally have said needed to be in person. It’s amazing how your definition of need changes when your options are constrained. We did the session, got what we needed, and moved on to the next task. It’s got me thinking about what approach to the ubiquitous offsite meeting I will recommend when the restrictions are removed, and physical meetings are possible once again.

Only six weeks in (can I just pause for a moment and say that it took all my power to type “only” in this sentence, admitting to the world the reality that it will be a long time before I’m getting on planes and flying around the world to facilitate in person again), here are a few of my thoughts on what about virtual meetings I might keep and to what I will say “good riddance.”

The session I facilitated last week was supposed to be a full-day session. Those dawn-to-dusk strategy sessions are superhuman endurance challenges just without the spandex. Last week, we broke the session into two shorter sessions and got the obvious benefit of running half-marathons instead of full.

The less obvious benefit was that the overnight gap between the two sessions allowed some soak time on the ideas. It also mitigated the risk in offsites of getting carried away with ideas without the opportunity for sober second thought (or the opposite, getting stuck in a session without the benefit of second glass of wine insights). Having an overnight break adds some much-needed reflection time to a session. Unfortunately, when these sessions involve travel, most teams are keen to cram in the work and get back on a plane. Where possible, I’m lobbying to stick with the two shorter session, overnight break model.

Although I have seen some speaker friends pull it off, I am not setting up a flipchart, second camera, and Backstreet Boys worthy audio-visual setup in my little house. Instead, I take the notes directly into PowerPoint rather than writing them on a flipchart. While I miss my smelly markers (that brown cinnamon really picks me up at 3pm), I am loving the benefits of going direct to the notes.

First, there are fewer time and space constraints in the software than on the flipchart. In person, I’m often trying to get everything from one topic on a single flipchart and therefore writing small, cramming text in vertically along the margins, and leaving the folks at the back of the room squinting. I also take a lot of liberties in writing on a flipchart—paraphrasing points to save time and space. The result is a loss of fidelity that I just don’t have when I’m going straight into PowerPoint.

I’ve noticed that more team members are questioning definitions or pushing on ideas when they see them in print. The result is better alignment of what they are agreeing to. I am also pretty thrilled with how much time I’m saving not having to go through 30 pictures of flipcharts after a meeting to decipher what the heck I wrote and creating the output report. I’m going to facilitate straight to digital way more often.

So much of strategy and team effectiveness work is focused on the big meeting…the full-day, the offsite. In lockdown land, there’s been more attention to the small conversations that set us up for better long conversations. This is fantastic. I’ve been involved in many more of the behind-the-scenes discussions where sub-teams are pondering parts of the problem. I really love this. It’s a great chance to steer the thinking, to strengthen my connection with team members, and to think about how I’m going to focus the big meeting agenda on the most important points of disagreement.

In olden days (you know, February), I doled out my calendar in day-long chunks and was hesitant to break up a day with these small meetings because then it wouldn’t be available for another client’s big meeting. I’m done with that. I’ll be holding days for the small preparatory meetings from now on.

This one’s a challenge. When I have a team assembled in a room, I can watch the person who’s talking while also keeping an eye on the other folks to gauge their reactions. In this way, I’m looking for subtle cues about disagreement, resistance, or offence. When you’re trying to elicit the underlying conflict (as Shrek says, “better out than in.”), this is a really important part of the work. Web facilitation gets poor marks on this front. If I have the camera view split between the slides or notes (see showing the outputs as you go) and the view of the person speaking, I’m not seeing the reactions of the rest of the team.

If there’s a run of conversation, it’s an advantage to move to the tile view so that you get the Brady Bunch squares with everyone’s faces. That’s a help if people actually have their cameras on. Still, it’s a big compromise. If I know that there are contentious discussions to be had and I have the choice, I’ll be facilitating those sessions in person.

Ditch: All work, no play

Perhaps the biggest loss in the virtual meeting world is the seemingly irrelevant chatter that happens while you’re setting up the room, standing in the lunch line, or taking a quick bio break. On the virtual meeting, everyone gets down to business quickly. It’s weird to ask one member of the team how last night’s attempt at making Coque au Vin turned out while 21 other people are listening.

It’s a strange trade off because I can now see people in their homes and feel more connected to them as whole humans, but I can’t ask about what I’m seeing or take time to complement them on their decor choices. I’ll be glad to get back to having short moments of downtime with these cool humans I get to work with.

What are you going to keep after lockdown and what will you be ditching in a hurry? Let me know, I want to use the time I have to ponder.