How to Deal with a Workplace Bully

by Liane Davey | May 16, 2021 | About teams, Bad Leaders, Horror Stories, How to fix teams, Personal Development, Right Words to Say 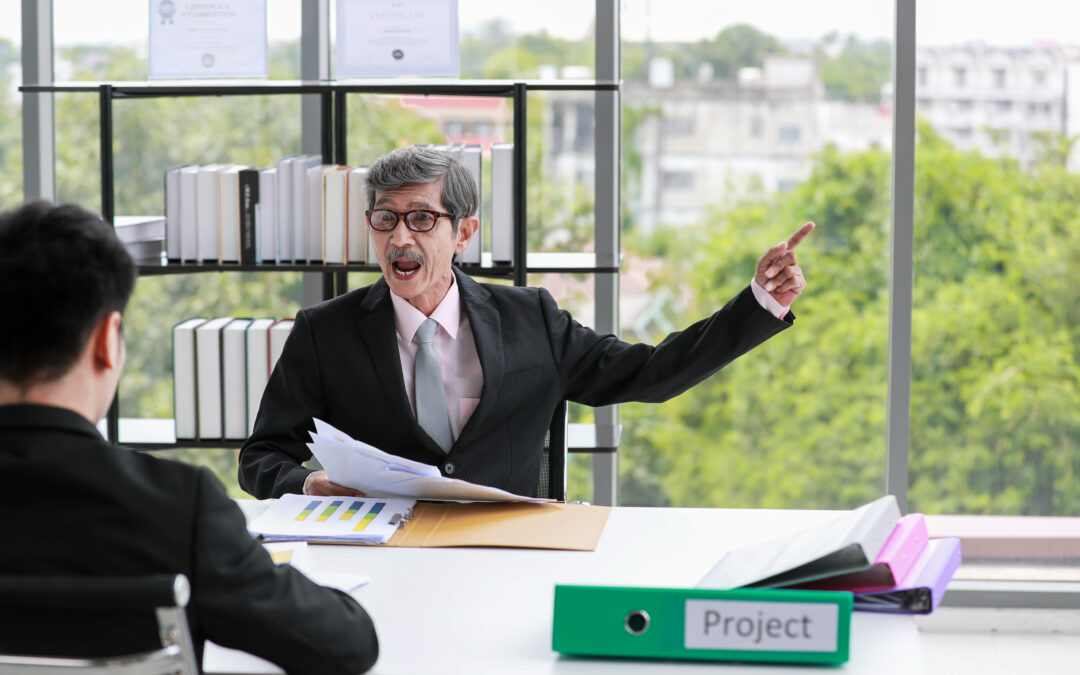 The term “bullying” gets bandied about liberally in conversations about team dysfunction. For what it’s worth, I believe too liberally. How often do you hear someone claiming to be bullied?

Bullying is an extremely serious, toxic dynamic that causes profound stress for both the target and the witnesses and can derail a team’s performance. It’s not a charge to level lightly. But if you are seeing the start of bullying, it’s critical that you can recognize it and help put a stop to it.

According to the Workplace Bullying Institute, bullying is, “repeated mistreatment: abusive conduct that is threatening, intimidating, or humiliating; work sabotage or verbal abuse.” The WBI’s 2021 survey suggests that bullying is on the rise, with 13% of respondents reporting being bullied in the past year and 30% reporting being bullied at some point in their careers. That’s up from 19% in 2017. It’s even more worrisome that the rate jumps to 43% among remote workers.

Catherine Mattice wrote a very helpful article outlining the criteria for bullying. She argues that bullying has three necessary conditions:

What to Watch For

If you see any of the following behaviors, you are witnessing (or experiencing) the start of bullying.

If you see aggressive communications, threats, or pointed personal criticism, treat it as the start of a power imbalance that could lead to bullying. If someone levels criticism about the ideas being discussed, that’s fine. If those complaints belittle the individual, it’s not.

Example of uncomfortable but acceptable debate: “That argument has 16 holes in it and would never hold water as a business case. It’s completely unacceptable. We need something much stronger before we present it to anyone.”

Example of intolerable behavior: “Your argument is flimsy, your thinking is juvenile, you’re going to embarrass the whole team if you present that to anyone. What were you thinking?!?”

Note, when personal criticism extends to a person’s race, gender, sexuality, or differential abilities, it becomes harassment and is illegal in most jurisdictions.

If you see someone behaving in a way that hinders the target from doing their job, treat it as the start of bullying. You might see someone withholding resources that the target needs to complete their assigned tasks. Alternatively, you might see someone continually working to undermine or overturn the target’s decisions. A bullying boss sets double standards where the target is never good enough, even if they’re performing as well as everyone else on the team.

A bully might begin to wield power over their target by isolating them from others on the team. They might do this subtly by omitting them from meetings or informal conversations or by disregarding, criticizing, or making fun of the target’s ideas while ingratiating themselves to other team members. Alternatively, they might engage in a more obvious campaign to discredit the target with gossip and even outright lies.

What Can You Do?

If you witness these behaviors or if you’re on the receiving end of them, there are a few things you can do to prevent the relationship from spiralling into full-fledged bullying.

It is absolutely essential that you address these attempts to disempower the target as soon as possible. I can’t emphasize that enough. A person prone to bullying might push on many different people to test whether or not they can get away with their aggressions. If the first or second attempt gets shut down, they are unlikely to keep trying. This is not a time to excuse someone’s bad day or to worry about whether they will stop liking you if you say something. If you’ve seen a person interacting aggressively with a team member, or interfering with their ability to get their job done, or attempting to socially isolate them, make it a zero-tolerance situation.

There are misconceptions that bullies only target people who are weak and won’t stand up for themselves. It’s not true. Bullies also go after people who are having too much success, getting too much attention, and threatening their position and power on the team. The reason that we associate introversion or timidness with being bullied is that those who stand up to bullying often curtail the problem quickly and only those whose words, tone, and body language reflect their diminished power stay as attractive targets to the bully.

If someone engages in any one of the inappropriate behaviors I listed above, say something.

Target: “I don’t appreciate how you’re talking to me. If there’s something I need to improve in the presentation, I’ll be happy to do that. It’s not ok to make it personal.”

Witness: “I don’t appreciate how you’re talking to Pat. If there’s something she needs to improve in the presentation, you can share those concerns without making it personal.”

Target: “We had agreed to those expectations, and I had confirmed in an email last week. If you are going to set different expectations, you need to communicate the change in plan to me with at least a few days lead time.”

Witness: “I had the same understanding as Robert and his approach is exactly what I was expecting. Did you change the expectations at some point?”

Target: “I learned from Antoine that you had a meeting without me. I need to be included in meetings about the Acme project from now on.”

Witness: “Where is Marie? We shouldn’t be having these conversations without Marie because she needs to be in lockstep with us on the Acme project. I’ll see if she’s available.”

Research on bullying in children demonstrates that it’s the witnesses that fuel the power dynamic that perpetuates bullying. If witnesses do nothing (or worse, buy into the power of the bully), the cycle continues and even accelerates. When the bystanders are unimpressed by the bully’s attempts at a power grab and instead intervene, almost all bullying stops.

If you’re the target of bullying behaviors, seek out support from your teammates by sharing your experiences and linking them to outcomes for the team. Rather than saying, “She makes her comments personal and calls me stupid or sloppy,” try, “When she criticizes my work as stupid or sloppy, I don’t get any information on how to make it better. If it happens again, could you help me by asking for specific examples of what she would like to see?”

If you witness personal attacks, job interference, or social isolation, be a good ally. Stand up to the bully’s behavior. If the bully is your boss, you could say, “I know Tim’s draft wasn’t what you’re looking for. What would you like to see in the next draft?” If the boss comes back with, “How about something I wouldn’t use to line a hamster’s cage!” you can try one more time, “What would be three things that could be included that would save it from the hamster’s cage?”

Regardless of whether you’re the target of the attacks or the one witnessing them, jot down a few notes about what you see. These notes should include specific examples of language and behavior that will loan credibility to your case if you need to seek help.

If you’ve started early, stood strong, and reached out to allies but the bad behavior continues, it’s time to seek help. If the aggressor is anyone other than your manager, go to your manager first. If it’s your manager, you’ll have to decide whether you feel more comfortable engaging human resources or whether you want to go to another manager in the organization.

In the first request for help, you might consider sharing the situation, outlining what you’ve tried, and asking for coaching about what you could do next. That way, you maintain your accountability and portray yourself as someone who wants to solve their own problems. That’s the best approach if you’re still feeling strong enough to get a fresh perspective and make a new attempt to change the person’s bad behavior. If your mental health is suffering or if you just can’t stay focused on constructive behaviors when you’re under attack, it’s time to ask for someone else to intervene.

Bullying is toxic. It’s a horrible, destructive power game that will leave the target in crisis, the witnesses in distress, and the team in ruins. Do not tolerate even a single instance of aggressive behavior, job interference, or social isolation. Start early, stand strong, enlist allies, keep track, and seek help to make sure that bully never takes hold on your team.

[Sneak preview] Next week I’m going to get controversial. I’m going to argue that the vast majority of instances that people describe as bullying are nothing of the sort. Instead, people who don’t like their ideas challenged and who don’t know how to advocate for themselves claim to be bullied at the first sign of discomfort. Stay tuned.

Should you mind your own business?

The Vicious Cycle of Bad Behavior