How to deal with a down in the dumps coworker 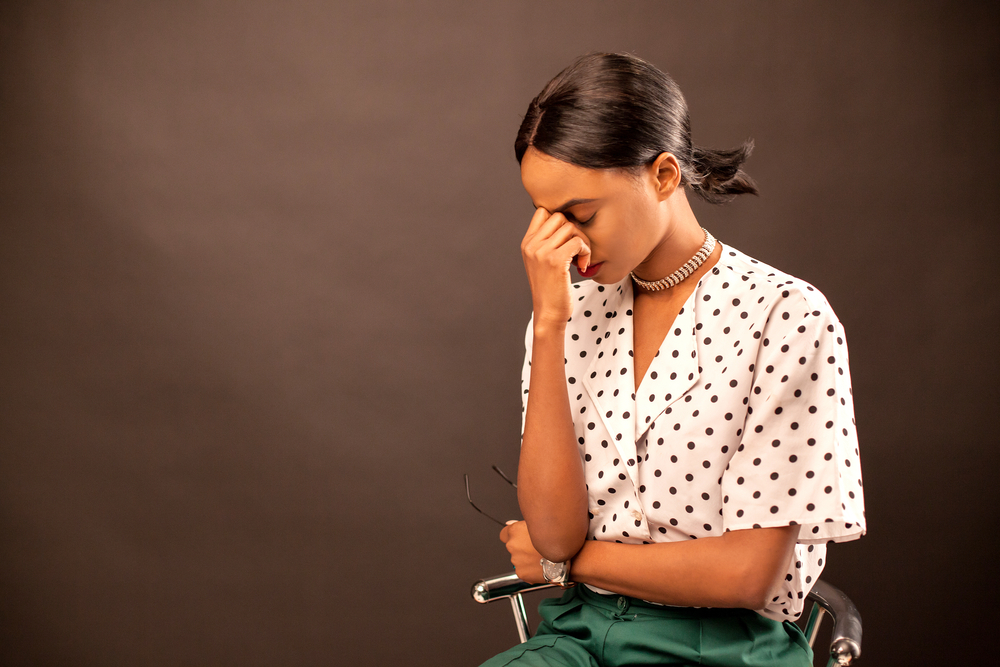 Your colleague is having a bad day (or week, or life). She grabs the empty chair from beside your desk, rolls it over and flops down, legs spread, head back, arms dangling—defeated. She proceeds to unload her troubles on you. You get all the gory details. Once the story is complete, she looks you in the eye and waits for your response. What do you say?

How you respond to this situation will not only affect your teammate’s day, but it has the power to shape your relationship with one another and ultimately, the culture of your team. You have a wide variety of options ranging from the two of you tucking into a tub of Häagen-Daaz to the tough love, “snap out of it” approach and everything in between. Which of these are you most likely to do?

Shondra tells you she’s NEVER going to be good enough to get promoted. She didn’t graduate from the right school. She doesn’t have the industry experience. She’s going nowhere. Option #1: You could just tell her all the reasons why she’s wrong. “Shondra, you have the best numbers of anyone on the team and your customers go out of their way to compliment your great service.” Sadly, that’s not likely to work.  The flattery probably won’t stick because there’s something deeper going on for Shondra. The verdict on contradicting the person: Bad option.

Salim tells you that the boss has it in for him. He gives three examples of times the boss took other people’s ideas over his. He’s convinced that nothing he could say would ever be good enough for the boss. Option #2: You could agree with him and try to lend support as a friend. “Salim, you have a point. I’ve noticed how Francine treats you. It’s her loss, I think you’re great.” That’s a bit lazy. Sure, it’s nice to have a friend, but one who just wallows with you isn’t going to make things any better. The verdict: Bad option.

Suzy isn’t happy with how her presentation went this morning. She’s recounting all the spots where she wishes she had done something different. She’s not even happy with the font she used. You could try to change the subject to get Suzy to think about something more positive. “Suzy, your idea is really great. How can you follow-up with people to make sure they’re on board?” Distraction works great with 3-year old’s and maybe even with Suzy, but ultimately, it doesn’t address Suzy’s presentation challenges, so it’s a half-solution at best. The verdict: You can do better.

Sam feels like the HR director is out to get him. He cites various examples of where the Sarah took the side of Sam’s direct reports over him. He’s really getting frustrated and defensive and complaining about HR not being impartial. You could ask a question to help Sam think about the problem a little differently. “Sam, what is Sarah doing that you’re interpreting as being against you?”This is definitely a better option. You’re not invalidating Sam by disagreeing with his negative perception right away, but you’re not validating it either. The verdict: A great start.

Sebastien saunters into the room and starts sharing his sob story about how Sharon selected Scott for the supervisor role. He’s talking about how hard he worked to get the role and how disappointed he is that he was usurped by someone who is so new to the team. You could explore Sebastien’s disappointment and then help him think about next steps. “What’s most disappointing for you about not getting the supervisor job? What were you most looking forward to?… What could you do to position yourself to get the job next time? How could I help?”The verdict: Now that’s a great friend!

It’s common and completely natural for your friends and colleagues to commiserate with you. Take it as a sign that they trust and value you. How you choose to respond says a lot about how valuable a friend you are. A great response shows that you listened—don’t just dismiss the person off-hand. It leaves room for the person to feel bad without invalidating their concerns. Then a great response encourages the person to understand the undesirable situation and to find ways to change it. Try it the next time someone flops in your chair.

Are You Lending Support or Just Enabling Gossip

Can You Afford to be Oblivious to Mental Health?

Should You Get Involved?