What if you’re the jerk? 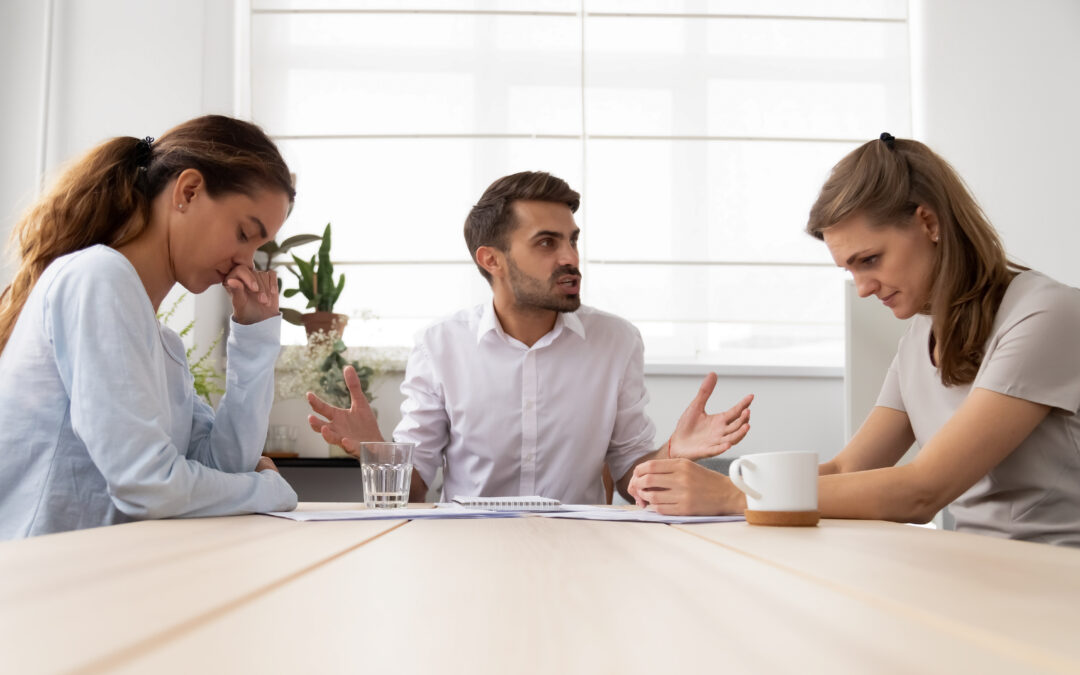 So far this month, I’ve talked about flip-flopping bosses, toxic bullies, and overly sensitive colleagues. Those are just a few of the many difficult people you might have to deal with at work. But to this point, the one possibility we haven’t considered is that the difficult person on your team might be you.

I KNOW… it’s hard to imagine, isn’t it? But it’s worth taking a moment to consider the ways in which you make life harder for the people you work with. Here’s a sampling. Do any of them ring a bell?

The Jerk is in the Eye of the Beholder

You don’t do the pre-reads for your meetings and only throw in your deal-breaking brilliance with five minutes left to go in the meeting. You think about how your idea saved the day. They think you ambushed them.

You overcomplicate things. Your colleagues are just trying to make a call on what’s included in the pilot project, and you’re four steps ahead talking about the roll-out of the full program. You think you’re bringing rigor. They think rigor mortis is more like it.

The Cup Runneth Over

You are always chipper. You make a round of cheery hellos every morning. You respond to every challenge with, “but on the bright side!” And you remain fiercely optimistic no matter what. You think you’re a glass-half-full person. They think your optimism can be noxious and that you don’t take concerns seriously.

You are a person of action. When someone mentions an issue, you grab the bull by the horns and get to work solving the problem. You think you’re the most accountable person on the team. They think you’re a control freak who doesn’t value anyone else’s input.

Or maybe you’re the one who…

Here’s the thing; you’re probably not a jerk. The issue is that you know why you’re doing these things and, in your mind, there’s plenty of justification for your actions. But your colleagues can’t read your mind. They don’t know your excellent rationale for slowing down their project, or taking charge, or diverting from the original plan. They just see how your behavior impacts them. And sometimes, that impact is frustrating, upsetting, or demoralizing.

Just for a few minutes, stop and think about the behaviors that might land differently than you intend. Better yet, think about behaviors that you don’t normally think about at all. What are you doing that might drive your colleagues around the bend? How might adding some context, sharing your thinking, or admitting the downside of your approach help your teammates better appreciate what you offer?

If “Late Entry” is your style and you’re prone to chiming in at the last minute, start with apologizing, “I added that point really late in the game and by then there was already a lot invested.” Then commit to reading the documents in advance and if you’re going to scuttle a project, do it before the person is on the spot in a meeting.

If “Shades of Gray” is your style and you’re the one who likes to have everything buttoned down before you take the first step, start talking with your team about the right level of clarity and certainty. Be willing to go from 90 percent certainty to 70 if that’s what the situation calls for.

You get the point. Know your foibles. Where possible, be more deliberate about where your preferences and tendencies work for the team and where they don’t. When you inevitably trip up, show your teammates that you know your behavior has a downside.

What do you do that might make life difficult for your teammates? What advice would you give yourself to become a better colleague?

Hey leader, it’s not about you

You get the team you deserve

It’s not too late to change who you are