The Change Your Team Blog 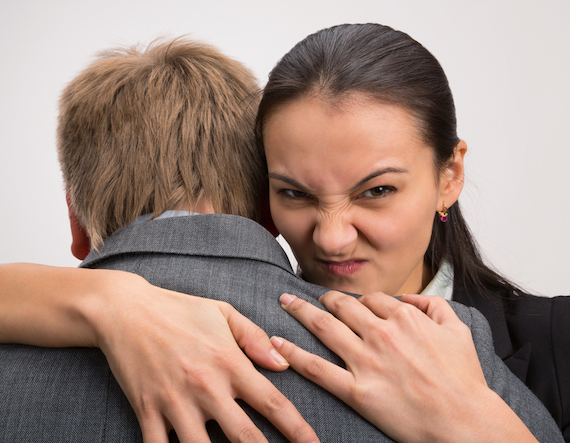 I received a note from a member of the ChangeYourTeam community last week. In it, the person shared her difficult position. Here’s an abridged version.

“I am a young leader with a team of people who not only have been in their positions longer than I have been a leader, but who have been in conflict with each other for a long time. Their trust has been broken. Many of these team members provide me with positive feedback, but when given the opportunity to speak anonymously, the feedback is very poor. What can I do differently before I start replacing people? Can you give me some insight into how to define the root causes, and how to identify hidden conflict?”

I don’t envy you. Conflict, particularly once it’s gone underground, is very difficult to surface and work through. And trust, once destroyed, is very hard to rebuild. Conflict and trust are part of the same vicious cycle. Usually, the conflict has moved to the shadows because early attempts to resolve issues openly were frustrating, hurtful, and ineffective, thus eroding trust. Without trust, there’s no confidence to have conflict openly and everyone has retreated into their own biased perspectives.

You’re going to have to draw them out slowly and carefully.

Take it for what it is

It’s so easy to judge your team for how they’re behaving now. You weren’t there at the origin of the conflict and therefore you don’t know where fault lies. The best guess is that everyone is culpable in some way, so assume everyone is on the same level and treat everyone with the same blend of empathy and accountability.

Give everyone the chance to show they can move on. Encourage them, coach them, give them feedback, and keep the issue front and center until you see improvement.

Build trust with each individual

If team members can’t trust each other, you at least need them to trust you. Be open and vulnerable with them. “When I received the anonymous feedback last week, it was difficult for me to hear that members of the team don’t have a lot of confidence in me. I need your help to understand this.”

Open up the dialogue with questions such as: “What do you think the team needs from me that I’m not providing?” “How can I get a better understanding of what you’re experiencing?” “What do you need me to know so that I can deal fairly with the issues?” “Which relationships do you have that are the most challenging for you?”

Every time someone is candid with you, particularly if they tell you something that’s hard to hear, thank them genuinely. “That wasn’t easy for me to hear and probably not easy for you to say. Thank you for sharing it with me, it’s really helpful.”

Create a feedback loop where you share what you did with their feedback and how you’re incorporating it into how you’re leading the team. If you’ve asked them to think about something differently or to try a new approach, ask for examples of where they tried and discuss how it worked. That will keep them accountable for changing their behavior too.

Refocus on the task at hand

Another way to divert energy away from infighting is to get everyone focused on the work they need to do. Use a team meeting to discuss what the team needs to accomplish and what the organization is counting on you for. You aren’t likely to find much argument about these issues and it will be a welcome relief when everyone can agree on something. It will remind the team what it feels like to be proud of themselves.

That’s the easy part. The important thing is to evolve the conversation to how you’ll need to work together to deliver on your commitments. Perhaps the team needs to share information more quickly and more transparently so that the right hand knows what the left hand is doing. Another important behavior might be to get clear on messages so that any communications outside the team are consistent and don’t cause confusion. (Let the team figure out what is required to get job done.)

Once the new ground rules are in place, there is zero, zip, zilch room to tolerate any actions that are outside of this. Be very direct when you get evidence that someone is not living up to the new expectations. Calmly, quietly, point out the behaviour with some good feedback.

For example: “When I spoke with Sandy from Finance this afternoon, I learned that you had gone directly to him without Shree being present. We agreed that Shree would be involved. I’m disappointed that you didn’t live up to your commitment to the team. How are you going to address this with Shree?”

Trust will grow (or it won’t)

As team members start behaving as if they trust each other, trust will begin to grow. (I wrote about this amazing phenomenon where we infer how we feel by how we behave in a previous post.) As you impose strict standards on them, their behavior will change and their confidence will increase. If your team members are communicating with each other proactively, if they are agreeing on common messages, if they are asking for help from one another, they will start to trust each other.

Well, most of them will. The ones who don’t respond to this systematic process of openness to their perspectives, alignment around a shared goal, and feedback and consequences for bad behavior, those ones need to go. But by then you’ll feel confident that you’ve done everything appropriate to give them the support to change.