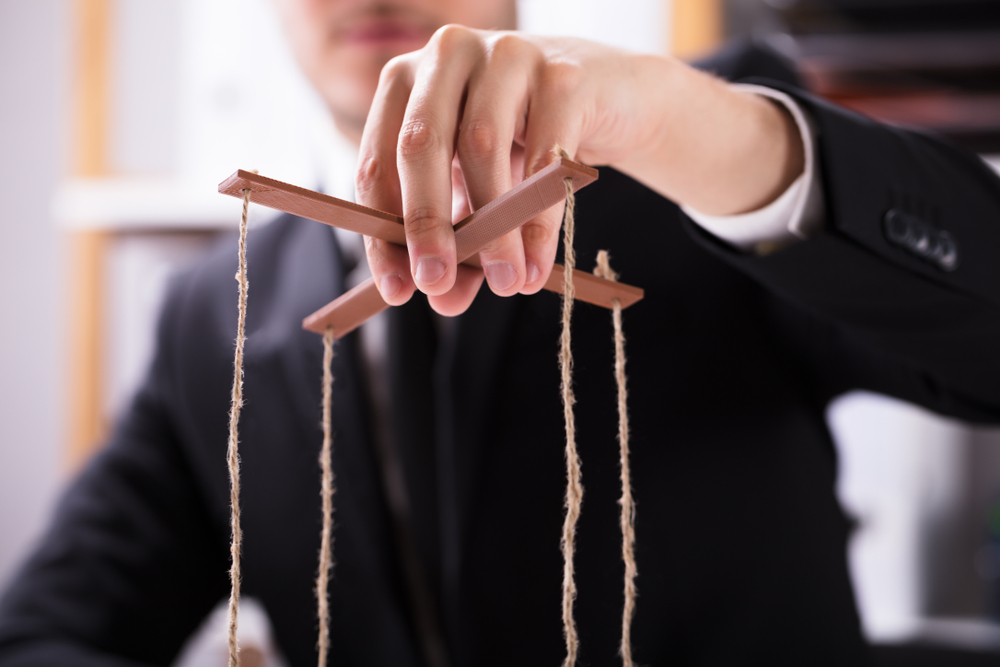 I teach strategies for productive conflict. I get specific and provide the right words to use because I know that having the actual words at hand is what makes the difference between thinking  about saying something important but uncomfortable and actually saying it. But sometimes I get questions or comments about these techniques being manipulative. I always bristle at this, but it’s an important point and one worth considering here on the blog.

I’ll get to the whole issue of manipulation in a moment, but first we need to level set on what I’m recommending so you can judge for yourself…

As an example, let’s talk about my validation technique. It’s one of the techniques most likely to trigger someone to ask about manipulation. You can get the full rundown here but if you just need a refresher, the validation technique is for when someone says something you disagree with.

Ok, so now that you know what we’re talking about, we can consider whether or not this is manipulation. What do you think?

It kinda’ depends on what manipulation means, doesn’t it? We can clarify that too. Merriam-Webster offers us multiple definitions of manipulate, but my guess is that when people challenge the validation technique as manipulative, they’re referring to the secondary definition, “to control or play upon by artful, unfair, or insidious means especially to one’s own advantage,” rather than the more innocuous, “to manage or utilize skillfully,”

Ok, so is the validation technique manipulative? No, it certainly doesn’t have to be. Yes, the goal is to control the situation and the other person’s behavior. You’re trying to invoke their friend response rather than their foe response. But it absolutely doesn’t need to be unfair or insidious and it certainly is not intended to create an advantage for you, other than the advantage to both parties of not having to have an unpleasant or unproductive fight.

Is it Bad to Manipulate the Situation?

Influencing another person’s behavior isn’t inherently a bad thing. It’s the goal of your persuasion that counts. If you use the validation technique to make someone feel heard and understood so that you can work toward a mutually agreeable path forward, that’s a positive and constructive way to guide their behavior. If you parrot their words and ask a couple of superficial questions so you can quickly get on to convincing them of how right you are, that’s a coercive and sinister way to shift their behavior.

It’s worth being explicit about what makes for healthy versus unhealthy influence:

Coercive: Pretending to hear and understand the person, nodding, and saying “uh-huh” a lot.
Constructive: Hearing the other person’s words, picking up on their tone, and working to understand the thoughts, emotions, and values that underlie what they’re saying.

Coercive: Letting the person’s answers wash over you and using the time while they’re talking to think of your brilliant retort.
Constructive: Internalizing their answers and reflecting in real time on how they change your take on their situation.

Coercive: Digging in until you get the other person to agree with your original proposal.
Constructive: Modifying your original position so that the ultimate solution optimizes the decision for everyone rather than just maximizing it for you.

I’m all for using productive conflict techniques to help you manipulate the conversation if you’re guiding it toward a more constructive conversation, with greater empathy and understanding between the parties, and a better outcome for your business. What do you think? Are you uncomfortable with the idea that productive conflict language is manipulative? I’d love to hear your thoughts.