Getting Your Team Unstuck 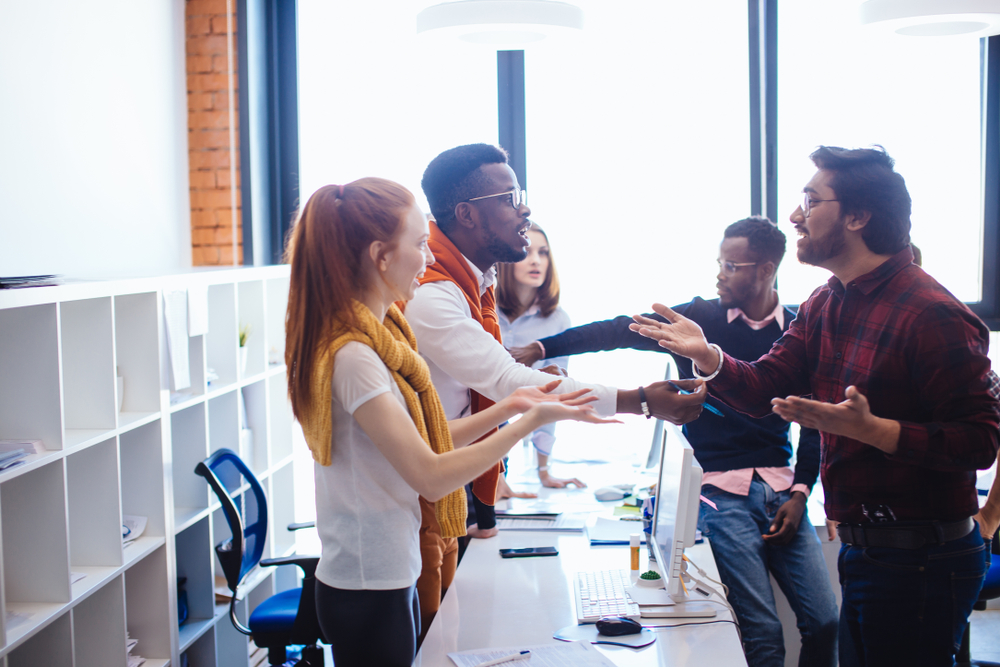 You’re stuck on a toxic team. You’ve been trying to keep your head down and get along with everyone, but you can’t take it anymore. You’re done with the passive-aggressiveness. You can’t hack the self-righteous finger-pointing. You’ve decided that if no one else is going to do something to make it better, then you have to.

It’s not going to be a quick process and it’s not guaranteed to work, but I know that there are things you can do, conversations you can initiate, that will start to change things for the better. But it takes some skill and forethought. Here are my strategies to engage in a team effectiveness conversation without triggering defensiveness and making things a whole lot worse.

It’s fantastic that you’re taking the initiative to change your team for the better. But before you don your cape and get into hero mode, it’s important to own your role in the dysfunction. You’re going to have more credibility with your colleagues if you’re not standing on the moral high ground pointing out everyone else’s flaws without acknowledging your own.

Start by honestly appraising how your behavior contributed to the current predicament. Maybe you said some things you shouldn’t have said, especially if you felt backed into a corner. Maybe it wasn’t anything you did, but more about what you didn’t do—didn’t stand up to someone who was being a bully, didn’t say something when you knew the conversation was getting lopsided. Whatever it was, be clear on your own mistakes before looking for anyone else’s.

Focus on the Future

As you start to talk about the team, try to keep the conversation focused on the future. Talking about what was  or what is  can feel judgmental and therefore trigger defensiveness and even self-protective outbursts. Framing the conversation in terms of what could  be different is more effective. You can ask questions such as, “What do you wish it felt like to come into work?” or “How could working differently make us more efficient?”

Appeal to Others’ Interests

Just as talking about the future makes the conversation feel less judgmental than thinking about the present, discussing how the team’s behavior affects stakeholders outside the team can be less threatening than focusing on how it’s affecting those of you on the team. Consider the most important stakeholders in your work and appeal to your teammates to do what’s right for them. “What do our clients need most from us?” or “Where do our ways of working have the most opportunity to impact the rest of the organization?”

Neither of these questions focus on what’s wrong or how to make it better. Instead, they simply get your colleagues to paint the picture of what could be without triggering defensiveness by talking about what’s wrong with the current state.

Once you’ve explored what people would like working together to feel like, you can explore what would need to be different to get there. “What would it take to make our team more like that?” or “What one thing could you do differently that would make it more likely that would happen?”

As you pose this latter question, be the first to answer it. Offer your ideas for what you’re going to do differently. (You will be ready after reflecting on your own contribution to the problem at the outset.) You might say, “I realize that I’m communicating more with some people than with others and that’s leaving some folks in the dark. I’m going to make sure that I share the same information with everyone.”

As the team gets more comfortable with this conversation, you can sprinkle small reminders to encourage everyone to change the little things that will add up to big things. I like to start team meetings by asking each person to write down one thing they will do in the meeting that will contribute to the team being more effective. I provided the context and instructions in in this here.

You don’t have to be the team leader to recognize and reward behavior that contributes to a healthier team. The moment a teammate does something that reflects the new culture, make a fuss. Even if it’s in the middle of a team meeting or at 2pm in the center of your open office space. “Marg, THANK YOU! I really love how you came to me to hear my take on the situation!” or “Shawn, I’m so glad you shared your concerns with me directly!”

Like I said, none of these techniques is guaranteed to work, but they’ll give you a shot. I often say that you get the team you deserve. Having the courage and the gumption to initiate a conversation about the effectiveness of your team is one step to earning a much happier, healthier, and more productive team. And if these strategies don’t work and your teammates persist in their toxic behavior, at least you’ll be able to feel proud of yourself for taking the high road. Don’t underestimate how much that’s worth.

What I learned from my second dysfunctional team

Top 10 Signs that Your Dysfunctional Team is Getting Better

How do I know when it is time to quit?